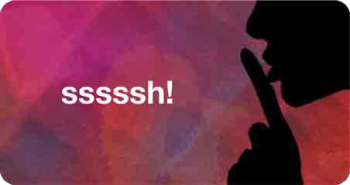 The other day, while having a Facebook conversation with my boyfriend while his phone was blocked, I happened to mention a comment that a fellow blogger had made on this post. I followed that up with “And now you know I blogged about you. But I suppose you guessed that already :-P”. The response was “No, I hadn’t guessed that :S”. “Is that bad?” I asked, thinking the :S face didn’t look positive. The rest of the conversation went like this:

J: Well, it is a bit of a private matter, don’t you think?
Me: I didn’t go into detail. But I can make those posts private now if you want.
Me: What do you think I blog about usually?
J: Not me?
Me: But you know I blog about you. I’ve told you I do.
J: Yes, sometimes. But I assume it’s not usually about my health or similarly private matters.
(At this point I should probably add that, while he knows all about my blog – including what it’s called and where it’s hosted – he chooses not to read it)
Me: I blog about my life. The fact that my boyfriend is in hospital in Turkey and I’m worried kind of has to do with my life.
J: Well yeah, it depends on how much detail you’d be divulging about me
Me: So I shouldn’t have mentioned it at all? I don’t know what you consider too much detail.
Me: You know I write about our relationship as well, right?
J: Well, I would say health is generally a sensitive area. So anything beyond “appendectomy” is pretty private I would think.

Ah. Well, I can’t say I did stop at the word appendectomy, to be honest After I’d explained what I wrote (basically that he’d called me at work to tell me he was getting his appendix out and then sent a text later to say the op had gone well), he responded with “well, that’s not too detailed then”. He then changed the subject, before saying that his colleague had arrived and he was going outside for a bit. He never did respond to the “You know I write about our relationship as well, right?” question. But the whole conversation got me thinking.

Am I too open on my blog? As I mentioned, Jan knows exactly how to find it and I’ve told him before that he’s welcome to read it. I believe that anyone I write this much about should have the opportunity to see what I’m saying about them. He’s never taken me up on it though – he says it’s my blog and he doesn’t want to censor it. And also that he assumes I “know how to handle it”, whatever that means, but he didn’t expect there to be anything about his operation on there. The fact that he then said what I had written is not too detailed wasn’t very reassuring. What did he think I had written, if not what I actually did? How much more detail would I have had to go into for it to be bad? And if he ever does decide to read my blog, what will he think of all the other posts that mention him? I mean, I’ve written about our sex life! And that wasn’t the first time I’d mentioned it either. I’ve also written about his utter inability to commit – to anything, not just me, and before that about the fact that he didn’t want to move in with me (which, of course, he since has).

Now I’m left wondering if any of the posts that mention him are not too personal. Or did he not respond to my pointing out that I blog about our relationship because he doesn’t care what I write about that? He knows I use my blog to get my feelings out and that my readers give me advice (because I have told him!). But does he realise how much detail I go into? And, the most important question, where do I go from here? Perhaps from now on I should stick to more generic posts, about baking and travel and the weirdness of Germans. But then what would I do to keep myself sane? Aargh, it’s a dilemma!

Over to you readers. Do you think my blog is too personal? Do I divulge too much about Jan? What next for Confuzzledom? Once again, I need your advice…

29 thoughts on “Too personal?”