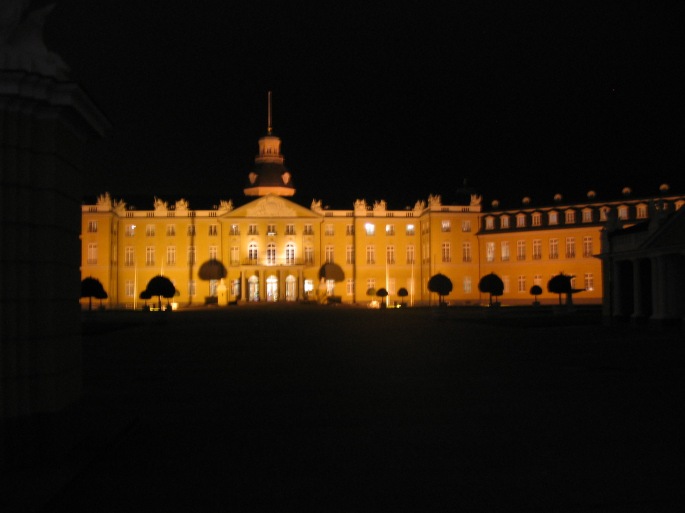 On Saturday, Jan and I took part on a culinary walking tour of Karlsruhe that I had booked through Karlsruhe Tourism. I had no idea what to expect having only seen an advert for it and thought “that looks interesting”, but I assumed it would involve food!

The group met at the Badische Weinstube in the botanic gardens, where we were greeted with sparking wine and some appetizers. There, the guide told us a bit about the founding of Karlsruhe, including a legend that’s supposed to explain the name (the founder of Karlsruhe was the Margrave Karl-Wilhem of Baden-Durlach, who apparantly fell asleep in the woods, hence the “ruhe” part, which means peace/quiet or rest). She also showed us a photo of Karl-Wilhelm.

After leaving the Badische Weinstube, our first stop was the castle (pictured above). The Karlsruhe Schloss is the centre point of the town – the “main” streets start there and go out at angles in the shape of a fan, giving Karlsruhe its nickname “Fächerstadt (fan city). Next, we walked to the Bundesverfassungsgericht (Federal Constitutional Court), then we passed the art gallery and headed down Waldstrasse, where we stopped at the first restaurant, Hügels Restaurant Dudelsack. We were served a pumpkin soup with caramelized pumpkin seeds. It tasted like there was something spicy in there as well, but we couldn’t figure out what. It was delicous anyway! I also had a prosecco with hibiscus blossoms (other than the sparking wine at the beginning, we paid for all drinks ourselves. Food was included.). 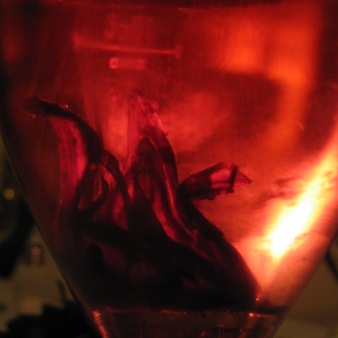 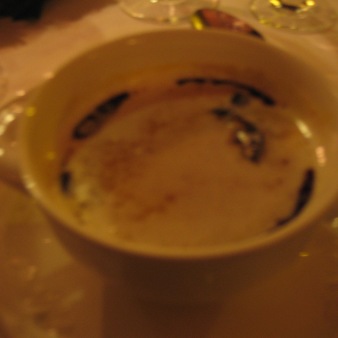 After leaving the restaurant,we headed to the Bundesgerichtshof (Federal Court of Justice – Germany’s highest criminal court). You can’t actually see much of the court from the outside – it’s all bullet proof glass and barbed wire – but the guide showed us a photo. The building was originally a palace belonging to Friedrich II of Baden. We then briefly stopped at St Stephen’s Church (Catholic) and the shopping centre Ettlinger Tor. Our guide also told us a little bit about Marktplatz (the market square), but we couldn’t actually go there because it’s currently a giant construction site! Surprisingly, she didn’t mention the pyramid. Our final stop was at Zum kleinen Ketterer, a restaurant belonging to a micro brewery. Our guide informed us that they try to use ingredients from regional sources, for example all the meat comes from a local butchers. We were served vension with Serviettenknödel (bread dumplings) and sprouts. The one vegetarian in the group got Käsespätzle – a kind of cheesy dumpling dish (he was given a choice of 2 dishes but I didn’t hear what the second one was). 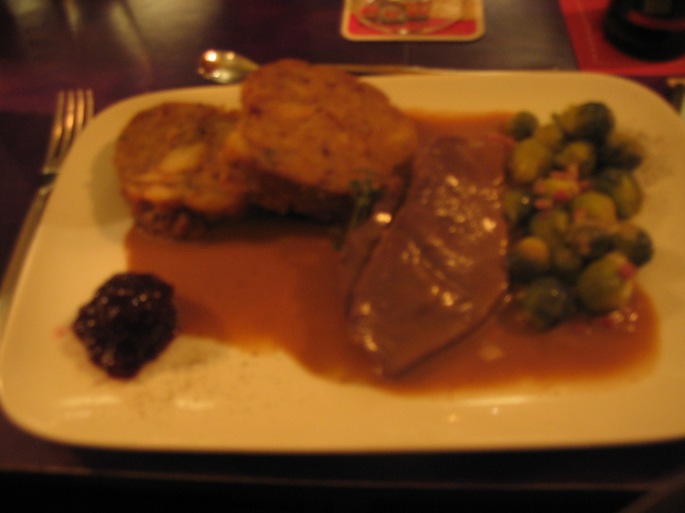 (I’m really sorry about the quality of the photos. I have no idea why Jan’s camera makes most of them come out blurry?!) Dessert was some kind of mousse/marscapone with oranges and chocolate sauce. All the food was delicious! 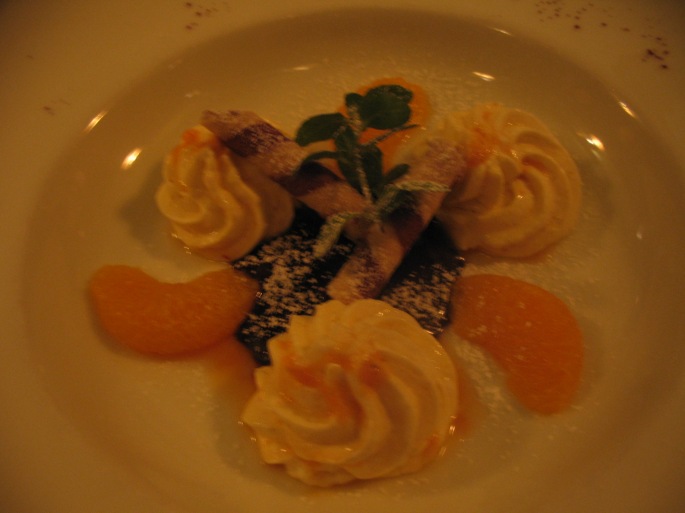 Overall, it was a very interesting tour. Jan felt that the guide didn’t say very much (and it’s true that she didn’t really say anything while we were walking, and I was surprised that she didn’t really give us a lot of information on the restaurants we went to or explain anything about local cuisine), but we both learned something new and had a good time. For people who are new to Karlsruhe, this tour provides a great introduction and even those who have lived here a while can learn something from it. Plus, you get to eat yummy food!

According to the Karlsruhe tourism website, next year two types of culinary tour will be available – a “gutbürgerlich” one (basically your “plain” home cooking style of meal) and a “gourmet” one. With both, you get a limited edition recipe fan as a souvenir, which we did not get. The description also seems to indicate that there will also be more of a focus on learning about the food (the gutbürgerlich tour mentions that you will find out about “original Badisch cuisine”) so it sounds like it will be worth it! You can find the dates for the various culinary tours in 2015 here.