Yesterday, I went to the Christmas market at Burg Hohenzollern (a castle near Stuttgart) with Jan and two of our friends. We booked a day trip through a company called Binder Reisen, so we were picked up in Pforzheim in a mini bus, switched to a larger bus in Vahingen and were brought to a car park near the castle from where a shuttle bus took us the rest of the way up. The Christmas market is only on for the first two advent Sundays (and this was the second), so if you want to go you’ve unfortunately missed out this year, but there’s always next year. We paid €27 each for the bus and entrance to the Christmas market.

Down in the valley it was raining, but up at the castle it was snowing and apparently had also snowed a lot in the days prior… the trees looked beautiful! Unfortunately, it was also foggy so taking photos was difficult but I did my best! 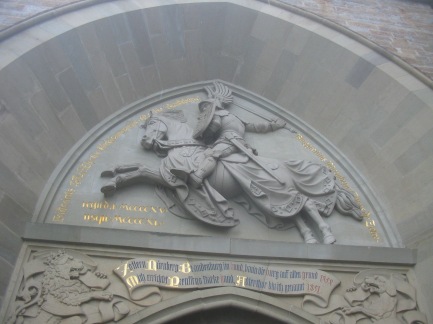 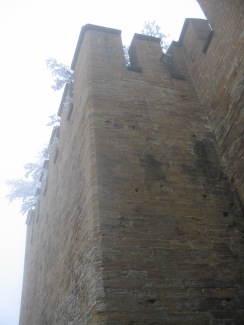 One of the stalls 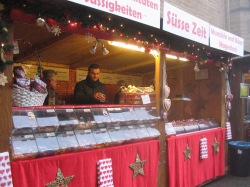 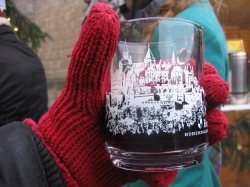 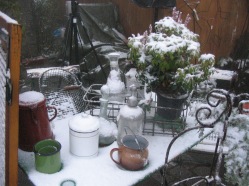 There were a few stalls inside the main bit of the castle as well, but no photos were allowed in there.
After checking out all the stalls and partaking in a few Glühweins, we decided it was time to eat something. I had a venison steak, which was delicious (and not something you find at just any Christmas market!). Jan went for the wild boar sausage, which I tried a bit of, and which was also amazing. After trying some hot red mead (seriously delicious!) it was time for a walk around the castle grounds. Away from the market, it was freezing but also beautiful. 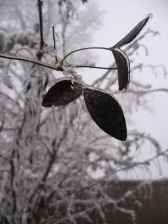 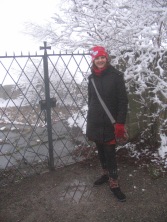 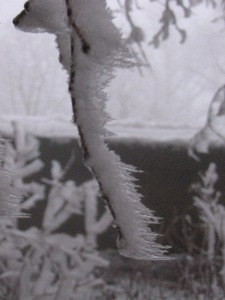 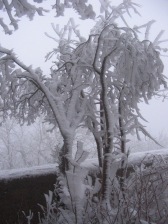 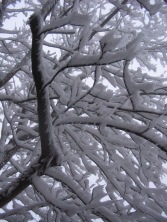 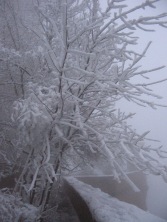 I may have gone slightly overboard taking photos of the snow-covered branches, but it really was beautiful!
Somebody had built some little snowmen on the wall and I couldn’t resist photographing them. 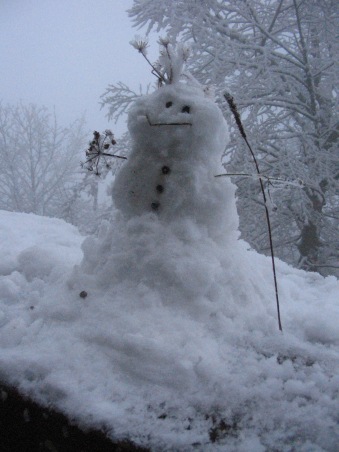 After our walk around the castle, we were all freezing so we returned to the main market for some more hot red mead (told you it was delicious!) and to listen to the carol singers before heading for the shuttle bus that would take us back down to where our coach was meeting us. When I first realised we would only have about 3 hours at the market, I thought it wouldn’t be long enough, but it turned out to be the perfect amount of time. It ended up being a lovely day, and definitely different to an ordinary Christmas market. I would highly recommend checking this out if you get the chance. In my opinion, it was well worth it! (Even if we did spend more time travelling than actually at the market!)