One of the girls we met at the Night Vale event told us about this bar, and as soon as she did we knew we had to go! Those of you who understand French may have already realised why. For those who don’t, Le dernier Bar avant la Fin du Monde means “the last bar at the end of the world” and it’s exactly what it sounds like! Inside the bar, you can find various items relating to popular geek culture. For instance, on entering we were directed to go to the “second basement” because the upper floors were full. Arriving in the second basement, the first thing we saw was this: 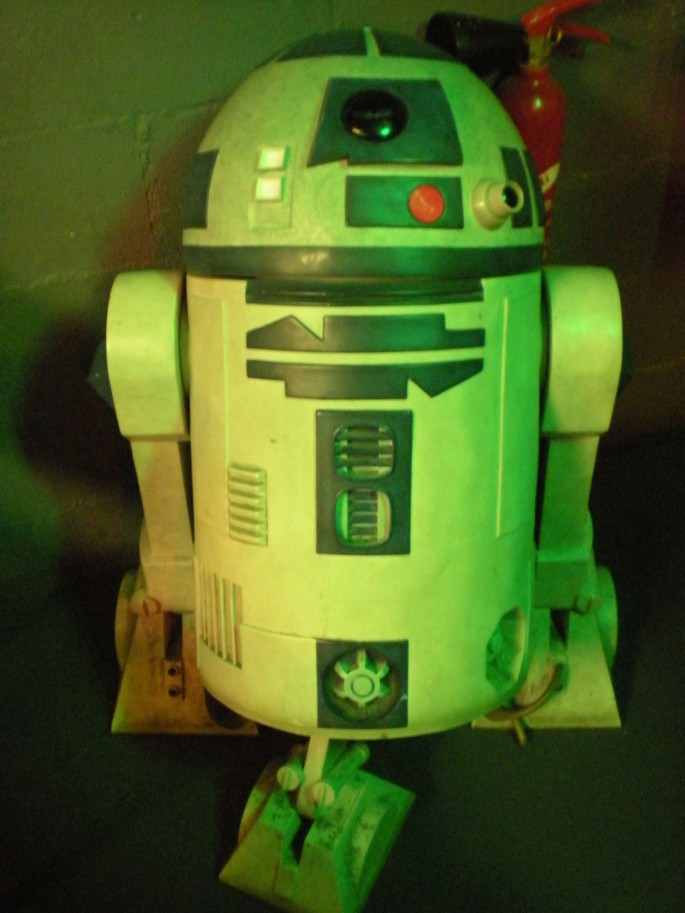 There was also a door made to look like the entrance to the TARDIS (I didn’t take a photo of that) – and the inside was indeed bigger than the outside made it look 😉
Here are some more random photos, some by me and some by Jan: 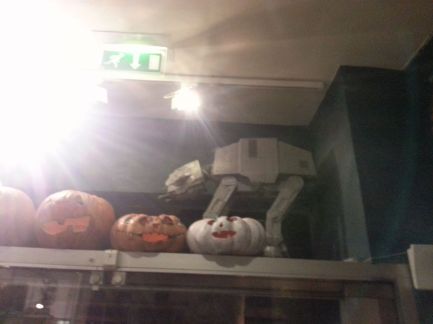 Above the entrance. It was Halloween, hence the pumpkins 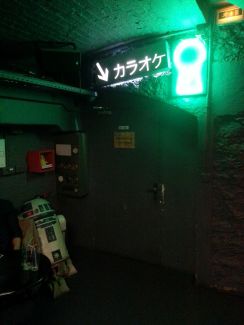 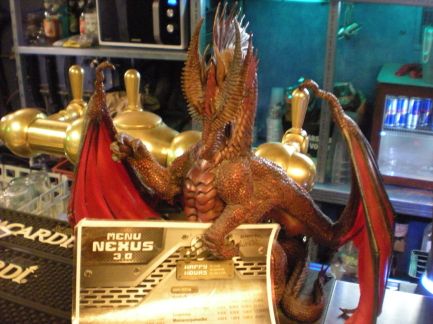 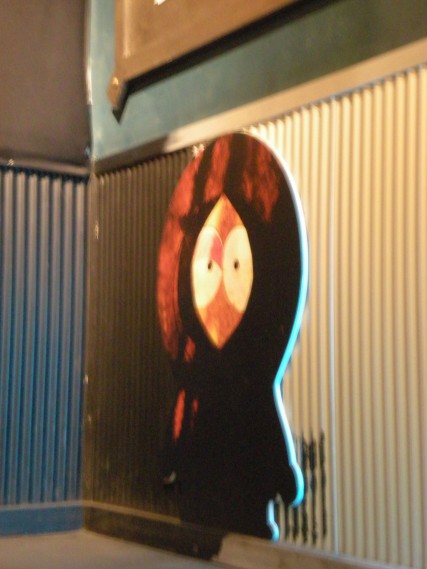 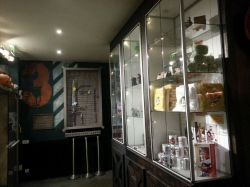 The towels in this case were for sale 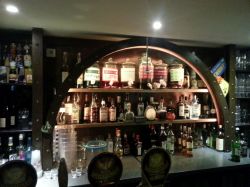 The bar is a cocktail bar, and also has a few interesting shots. There were four of us (me, Jan, K and the girl from Night Vale), so we decided to go for the Teenage Mutant Ninja Turtles round of shots. I chose red which – as I’m sure you all know – is Raphael. Not because he’s my favourite turtle, but because that’s my favourite colour. And yes, they serve a Pan Galactic Gargle Blaster cocktail. I didn’t try it because it’s a gin cocktail and I’m not into gin, but they also had one called 42 which contains violet and tastes like an alcoholic version of Parma Violets, except much, much nicer. (UK readers will know what I’m talking about).

The cocktails are fairly expensive, but no more so than other places in Paris, and personally I liked every one I had (I wasn’t too keen on one of Jan’s, but I knew I wouldn’t be just from the ingredients!). We were advised to eat beforehand because the food apparently isn’t all that great, although it is amusingly named. For example there was a lemon tart called Pac-Man (I wonder whether it was also shaped accordingly?) and an assortment of tapas going by the name Inigo Montoya. Just reading through the menu and seeing what we recognised was a lot of fun! According to Jan, there is also a video game in the urinal, but obviously I wouldn’t know anything about that…

If you ever find yourself in Paris and you’re into video games, anime, science fiction or basically anything that be considered in some way geeky, I recommend visiting this bar… and be sure to check out every room. There’s a lot to see! I didn’t recognise every reference, but that really doesn’t matter 🙂