As you may or may not remember, I went to England at the beginning of January. The reason for the trip was my sister’s 30th birthday! It’s not every day your younger sister turns 30, so I decided to give her a special gift. I had a photo of her dog as a puppy converted to a cross stitch pattern and then stitched it for her. I started it last June and finished it literally on her birthday, 7th January 2016! Stupidly, I forgot to take a photo of the finished article, so I only have one of my sister and her boyfriend holding it after I gave it to her. I’ve cropped the photo so you can’t see the people in it (which is a shame because the smiles of joy say it all!). So, I present to you, Loki: 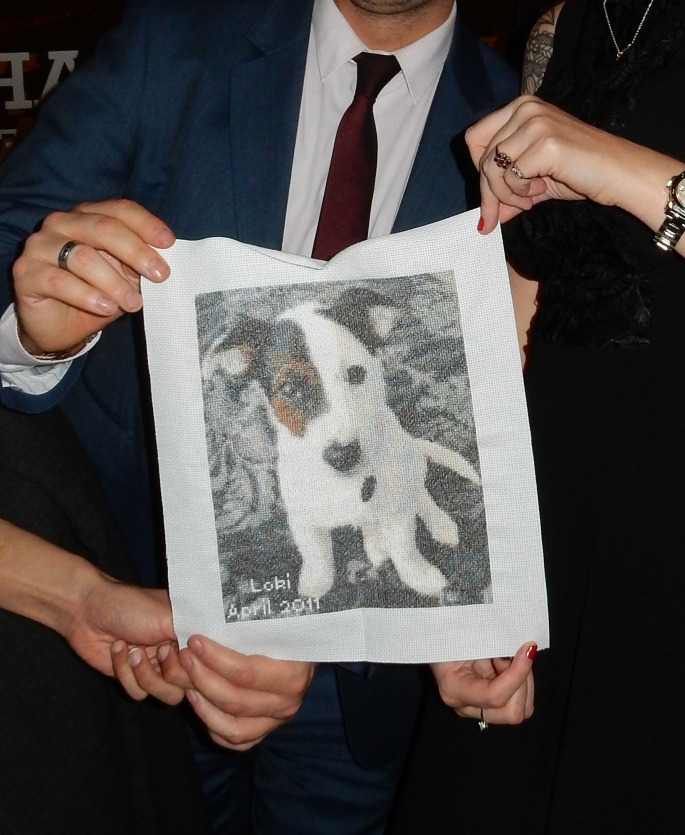 This is the biggest project I’ve ever done (over 1000 stitches, mostly in shades of gray!) and I’m extremely proud of it. My sister’s reaction was exactly what I had hoped for – I actually have a video of her literally jumping up and down with joy!

By the way, the extra fifth hand holding the bottom corner is my brother’s… neither of them has an extra arm! (Pity… I’m sure we all wish we did at times!)