After the Morgenstreich on Monday morning, Basel’s Fasnacht  continues with the first Cortège (parade) on Monday afternoon. Obviously I had to work then so I missed it. Tuesday afternoon is the time of the Kinderfasnacht, children’s carnival, the time to get the youngest citizens involved in the traditions of the town. Children who are too young to join cliques and wear the giant masks dress in costumes (often home made), join in with parades, hand out sweets and throw confetti. Tuesday is also the time of the small groups – people in costumes and musicians get together to wander around town, playing music, without being in an organised parade.

Having a German employer means Fasnacht is not a holiday for me, so I missed most of what I described above. By the time I went into town after work last night, most people were already heading home. Many of the participants had already taken off their masks and started drinking and only a few musicians were still playing. In fact, the main clues that it wasn’t a normal day was that town was much more crowded than usual, no trams or buses were running in the town centre and there was confetti all over the floor!

I may have missed most of the action, but there were two things I wanted to go into town for: the exhibition of floats at Kaserne and the lantern exhibition at Münsterplatz. I started by heading to Kaserne so I could see the floats before it got too dark. 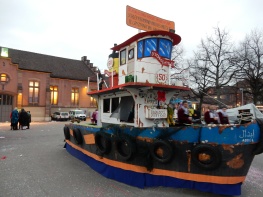 There were some pretty impressive floats – some of them were huge! 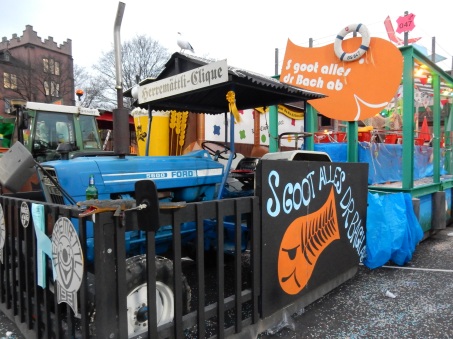 Baselstäbe (Basel staffs) were again a common image, along with various other aspects of Basel life. Every float had its own theme, and many of them had amusing little slogans or rhymes. Here’s one especially for you, Linda!

This clique was clearly against veganism! Here’s another photo I took of their float: 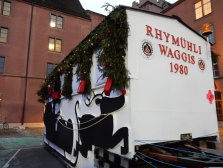 By the time I’d finished walking around the float display, it was starting to get dark, so I decided it was time to head over to the lanterns. The same Swiss girl who told us where to stand for the Morgenstreich also advised me to get to the lanterns for around 6 p.m. – any later and it gets too crowded to move around! So that’s precisely what I did.

Some of the lanterns I recognised from the Morgenstreich, others were entirely new to me – unsurprisingly. Apparently there are over 200!

They looked quite impressive all gathered together on Münsterplatz.

The float at Kaserne wasn’t the only thing taking a shot at veganism:

My camera battery ran out before I even came close to seeing all the lanterns, but here are a few of my favourite ones that I did manage to get: 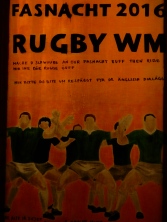 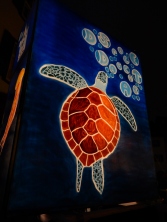 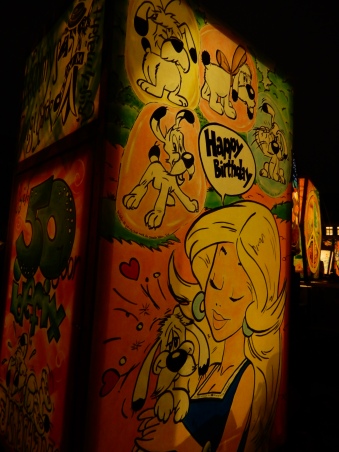 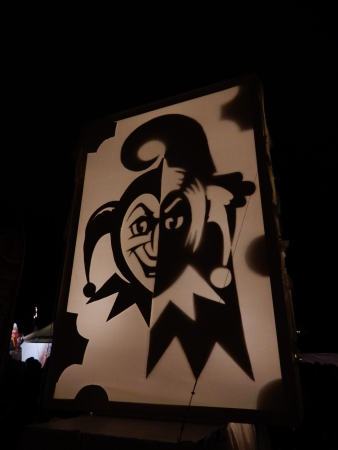 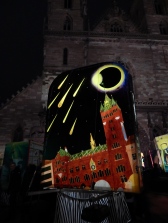 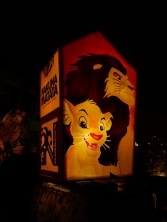 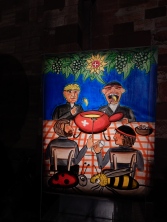 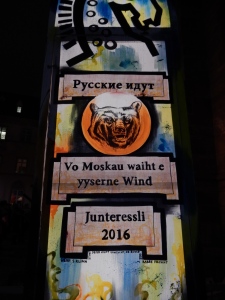 “An icy wind is blowing in Moscow”

Even for people who don’t like Fasnacht/carnival/whatever itself, I can highly, highly recommend the lantern exhibition! You don’t have to attend the parade – just look on this as a large open-air art gallery. The exhibition is over for this year, but get it marked in your calendar for next year (7th March 2017 will be the date of the exhibitions).

By the time I’d finished looking at all the lanterns, my hands were freezing, so I headed off back through the confetti-covered streets to find a tram stop that was still in use. Along the way, I just about managed to get my camera to work again for long enough to take this (terrible) photo: 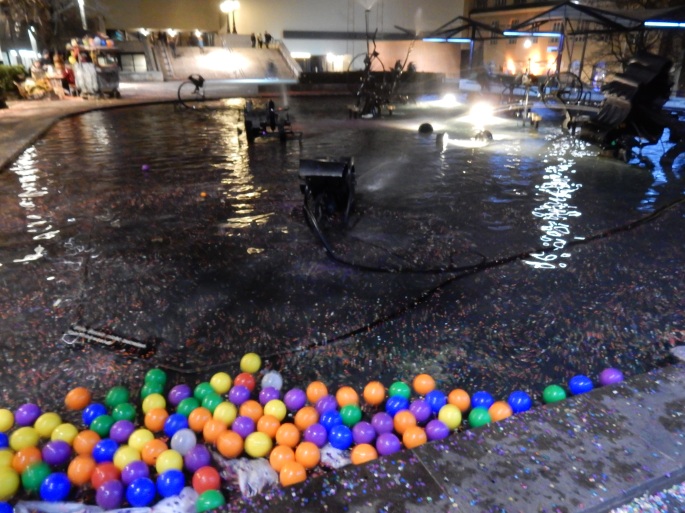 Balls in the Tinguely fountain. Of course.

This afternoon there’s another big, official parade throughout the entire town and then this evening the individual cliques have their own march through the streets and alleyways of the old town (maybe I’ll make it to that?). Then, in the early hours of tomorrow morning, all the cliques meet again in the town centre to say goodbye to Fasnacht. When the clocks strik 4 a.m., the drey scheenschte Dääg (three nicest days) are officially over, precisely 72 hours after they began.

12 thoughts on “Floats and lanterns”