I’m back! And that means it’s time to bore you all with tales from my New Zealand trip. Sorry, not sorry 😉

We landed at Auckland airport at around 11 a.m. on 20th March, but by the time we’d got through passport control, collected our bags, done the security thing and my cousin, who had come to pick us up (so many thanks for that!), had driven us into town, it was afternoon. We quickly showered at the hotel then walked down Queen’s Street (the main shopping street) to jump on a ferry to Devonport, where my cousin lives.

Originally a fishing village, Devonport is now a suburb of Auckland city. It’s located on the North Shore, so to get there you either have to drive over the harbour bridge (incredibly annoying at rush hour!) or take a ferry. I certainly wouldn’t mind using the ferry for my daily commute!

While we waited for my cousin (who had gone to her boyfriend’s while we freshened up), we had a walk around the wharf area and watched the seagulls and other birds that were gathered around.

View of Auckland city from Devonport

Some kind of gull, I think

Once my cousin arrived, she took us for a drive around Devonport, up the various hills (which are actually volcanoes) and then for dinner at her local pub, The Patriot. I can’t remember which photos were taken from where, so here are just all of them. Views from North Head and Mount Victoria: 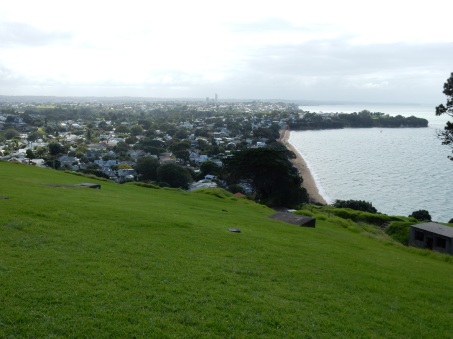 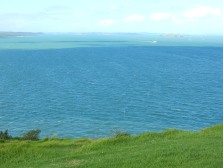 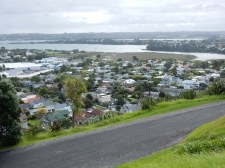 At dinner, we had our first taste of Kumara, the New Zealand sweet potato that the Maoris brought with them from Polynesia, and also tried our first New Zealand beers. At around 9 p.m. we decided it was probably time to get moving since my cousin had to work the next day and we had another flight to catch – to the South Island, where we would be spending the next five days. After a ferry ride back to Auckland City and a walk up Queens Street that felt much longer than the walk into town we were finally in bed, where I at least fell straight to sleep. 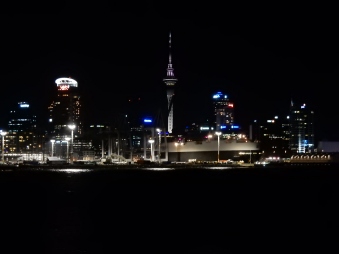 ^ terrible attempts to get a night shot as we were coming in to Auckland city harbour!

Next up is South Island. Stay tuned!