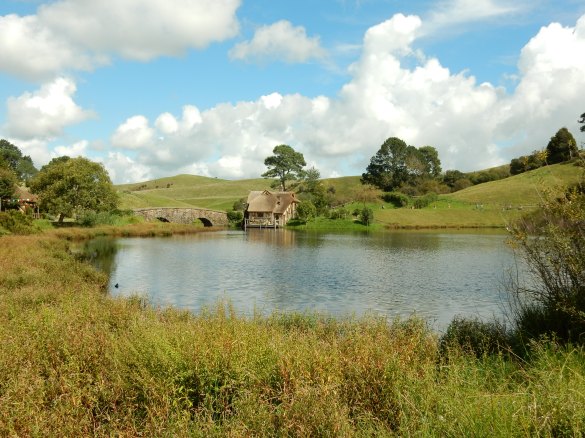 Our seventh day in New Zealand was spent waiting around at Queenstown airport for flights to start going again (everything was delayed due to morning fog) then picking up a hire car at Auckland airport and driving to my uncle’s place in Rotorua. Once there, we met my three-year old cousin and spent the evening eating takeaway curry and drinking wine/beer. I have no photos or interesting tales from that day, so we’ll skip straight to day 8 when my uncle had booked for us to go to Hobbiton. He had chosen a fairly early tour so that it would hopefully be less busy so we headed off straight after breakfast. I don’t remember our tour guides name,  but he was very enthusiastic and knowledgeable. You could tell he had found his dream job and was absolutely in his element. Did you know that there are two versions of some of the hobbit holes – a “human” sized one and a smaller one. The people playing hobbits were filmed in front of the larger/human-sized one so that they looked the right size for it while the actors playing humans were filmed in front of the smaller ones to make them look too big for the little doorway. Obvious when you think about it, but it had never occurred to me before.

Anyway, I’m sure what you’re actually here for is photos. The place is truly stunning and the little hobbit doors are incredibly cute and colourful. I think everyone can agree on that, whether they’re into The Lord of the Rings/The Hobbit or not 🙂 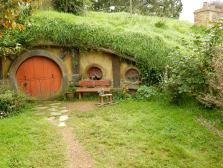 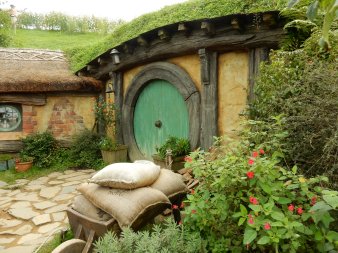 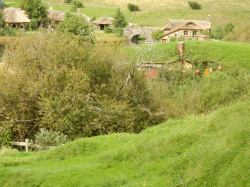 Those of you who were hoping to see a photo of me in a hobbit hole are out of luck 😉 The only photos that were taken involve other people. Jan doesn’t want to be on my blog and there’s no way I’m sharing a photo of a three year old for the entire Internet to see! Have some more hobbit holes and scenery instead 😉 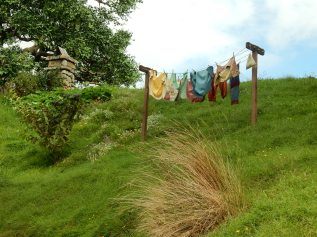 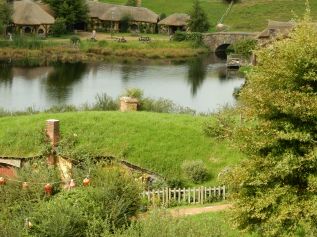 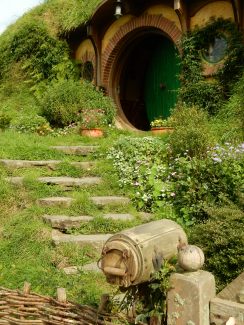 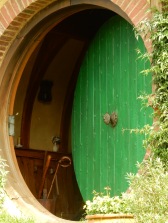 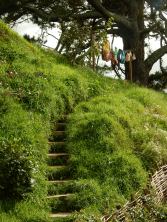 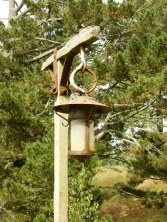 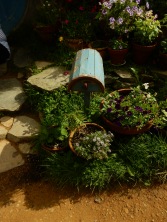 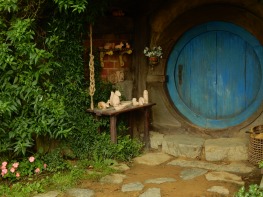 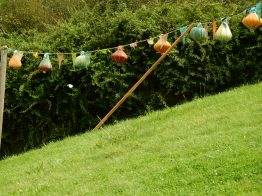 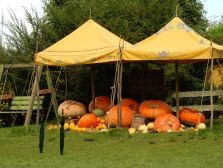 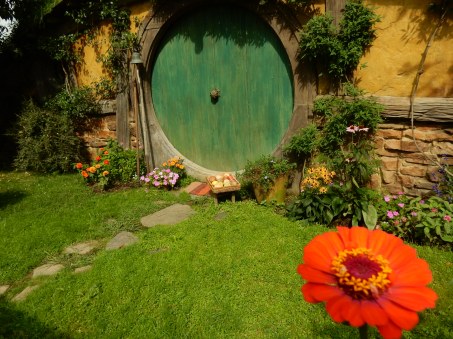 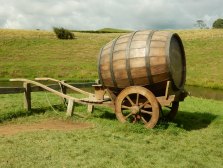 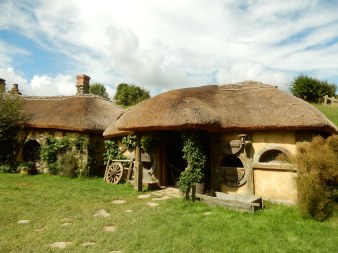 I love how there are so many flowers everywhere. They obviously put a lot of work into the upkeep 🙂 Did you notice the bumblebee in amongst the last gallery? I couldn’t resist taking his photo when I saw him buzzing around outside one of the hobbit holes. I love bees! (Not wasps though, nasty vindictive creatures!)

Our entrance fee included a visit to the Green Dragon complete with a drink. I chose the red ale wile Jan went for a stout. There was also a ginger ale for children and non-alcohol drinkers. My cousin didn’t like hers so we all tried it and proclaimed it very tasty. You could also buy food. I’m not sure how you would find the time to eat it though! It wasn’t long before we were being shepherded back to the bus… 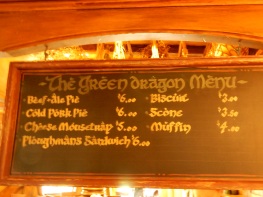 I actually thought that Hobbiton was very well done. It could so easily have been horribly commercialised, but it wasn’t particularly (well, other than only being allowed to go in with an official tour which isn’t really cheap!). I’m quite glad they didn’t go the route of having the tour guides dress as hobbits, with other people in costume buzzing around and some kind of “hobbit experience” that would make the whole thing feel a bit like a theme park! Instead we got a lovely walk in the sunshine, a tour guide who gave the impression of just wanted to talk about something he loves, and even my little cousin seemed to enjoy herself despite having no idea what was going on (she liked that everything was three-year-old sized). Overall, I think Hobbiton was worth it… although it’s possible I might think differently if I had been the one to pay for it 😉