It seems my last 35 before 35 progress report was on 13th June 2016! So much for regular check ins 😉 Time for another one then. Here’s what I’ve managed to do in the last 7 months:

I had read 12 by last June and I’ve now reached 18. I’m not going to list all 6, but you can see them here. I need to get cracking with this one if I really want to complete by the time I turn 35! (Next year, by the way. Aarghh!).

Last time I had read 21, now I’ve read 22. Huh. I read Emmas Geheimnis by Liz Balfour, which would have been better if it wasn’t so predictable. I had only read one book in German between the last progress report and the one before that as well. Must try harder!

I was on 6 before and now I’m on 7. The seventh was chocolate Christmas biscuits. 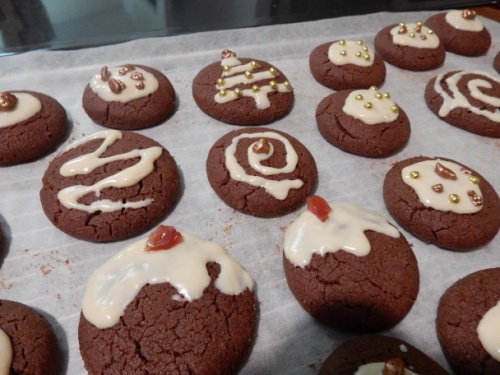 Number 21: Read all the books from the BBC Big Read that I hadn’t before starting this challenge

I’ve been trying very hard to incorporate BBC Big Read books into all my challenges and have managed to increase my number from 27 right up to 46! And one of those was the ridiculously long Shogun. You can see the full list here. I now have less than 100 to go… 86 to be precise.

Last time I was on 27. I’ve watched two more since then: Mirrormask and Paddington. Six more to go. Watching films should not be this difficult!

And that’s everything. It doesn’t seem like much for six months! Apparently I’ve mostly just been reading.

1 year, 6 months and 27 days to go. Somehow I don’t think I’m going to make it to Slovenia, Champagne and somewhere to see the Northern Lights by then! Not to mention learning to knit…