I recently read a post by Kezzie in which she challenged herself to see whether she ate 10 portions of fruit and vegetables per day, based on recent news that scientists say we should actually be eating 10-a-day and not 5 as previously advised.  That post inspired me to take the challenge myself and see whether I manage 10 portions of fruit and vegetables per day (although I was already fairly sure I wasn’t even reaching the originally advised 5!).

Coincidentally, I had read the news myself a few days before seeing Kezzie’s post and, after a discussion with Jan, ended up on the NHS website reminding myself of what constitutes a portion. Prior to that, I had assumed we were at least reaching the 5 on some days thanks to the amount of beans and chickpeas we eat, so I was horrified to discover that beans and pulses are only allowed to count as one portion per day no matter how many you eat! I had already decided then that I would need to start relying less on beans, but for the purposes of this experiment I stuck with our “normal” meals to give you an accurate picture of how we eat. So now you get to see just how awful my diet actually is…

Quick note: I’m not going to get into ridiculous fractions, so where an amount was less than 1 portion but more than half I will count it as half a portion. For instance, 7 cherry tomatoes is a portion so if I only had 5 I’ll call it half a portion.

I didn’t take photos of all my meals, so the collages are just a random selection. You can try to match the photos to the meals if you like 😉
I will also apologise in advance for the quality of my photography… I’m no good at food photos! Right, without any further ado, here we go: 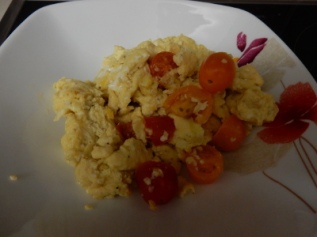 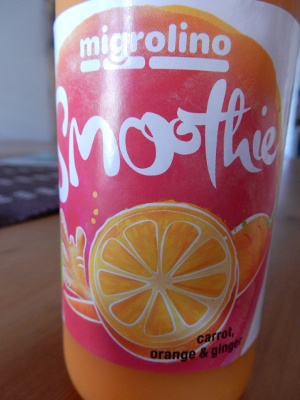 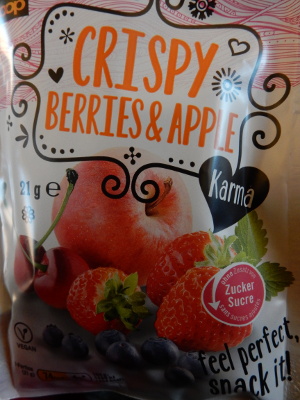 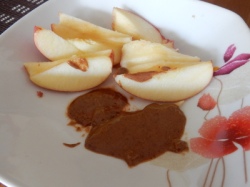 Day 2:
(I was in the office on this day so breakfast and lunch were purchased on the way and Jan was in charge of dinner!)

Breakfast: Nothing (naughty!) -> 0 portions
Lunch: Leftover tuna pasta bake (see above) -> 3½ portions
Dinner: Chilli con carne made with
– Kidney beans (not allowed to count because I had beans earlier in the day) -> 0 portions
– Red pepper -> 1 portion
– Tinned tomatoes -> half a tin, 2 portions?
Served in whole wheat tortillas with cheese and iceberg lettuce -> hopefully ½ portion
Snacks: Sweet potato crisps (sweet potato counts as veg. but I hardly had any crisps) -> o portions
Orange juice (can only count once no matter how much you drink!) -> 1 portion

Day 4:
(We had visitors this day and dinner was at a restaurant) 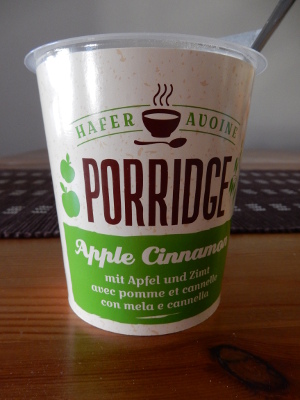 Random photo of healthy looking food because it seemed fitting…

Breakfast: Toast with jam -> 0 portions
Blood orange juice -> 1 portion
Lunch: Some just-add-water couscous thing -> 0 portions
Mango -> 1½ portions (I think)
Dinner: Corned beef hash. I always make it with baked beans, and this time I added borlotti beans as well to stretch it a bit since there weren’t as many potatoes left as I thought. -> 1 portion
Snacks: Mini packet of gummi bears -> 0 portions
Chocolate chip cookie -> 0 portions

Breakfast: Crackers (what? It’s a perfectly good breakfast 😉 ) -> 0 portions
Lunch: Orange juice -> 1 portion
Leftover enchiladas. I had half the amount I’d eaten the night before but I then had the other half for dinner since Jan didn’t eat his before he left for the weekend soooo….
Dinner: Leftover enchiladas. Dinner + lunch enchiladas combined -> 2½ portions
I ate my dinner enchilada with an avocado -> 2 portions
Snacks: An apple with almond purée -> 1 portion

So, what have I learned? Well, nothing that I didn’t already suspect: most of the time I fail to get up to 5 portions, never mind 10! I actually managed 5 portions 4 times (less than half the days *sigh), and all of those days were actually over the 5 (although once it was only over by half a portion!). I came closest to 10 portions on day 8 – should have replaced that brownie with an apple 😉

In the interests of full disclosure, I should tell you that I drank more juice this week than I usually would because I bought for breakfast when we had guests and I needed to get it used up, so apart from on day 3 (when I had a small carton) every day that I had juice I would normally have had one portion less. Usually I tend to shy away from juice because I feel calories that are used for drinks are wasted calories (mostly I drink water and tea – the tiny bit of milk in tea doesn’t make much difference to my calories). Juice is an easy way to get an additional portion though, so maybe I should consider drinking juice every day and getting extra exercise to make up for it? I do sometimes drink smoothies

So, what can I do to improve my fruit and veg intake? Well, apart from consistently drinking a glass of juice, I need to replace some of my pulses with other vegetables since I now know hardly any of them are allowed to count. There goes my lazy tuna pasta bake that doesn’t require me to chop any vegetables *sigh*. I could also replace most of my snacks with fruit – in February I ate an apple with almond paste most days, and that’s something I should probably try to get back into. An apple a day and replacing half the beans in meal with another vegetable would add two an extra portions and hopefully push those days that I do exceptionally badly at least up to the 5 mark! Finally, during these 10 days I ate leftovers for lunch three times (because Jan had forgotten to take them to work with him – which is why I ended up being left with 2 day old tuna pasta bake!). So another idea would be to make enough dinner for both of us to have some the next day and have leftovers for lunch more often instead of shoving some fish in the oven or eating a convenience meal containing few or no vegetables.

Do you eat 10 portions of vegetables a day? Would you be willing to take this challenge?

Check out Kezzie’s post for an example of someone doing a much better job at healthy eating 😉
And if you’ve actually read all this please feel free to award yourself a virtual gold star!