Once again I start with an apology to the blogosphere. Sorry I disappeared again! Work last week was just horrible. I kept having more and more things planned for me until I ended up working 10 hours on Thursday because there was no other way to get everything finished in time. And once I was done I still had to pack because I was spending Friday night at a hotel in Germany. Friday/Saturday I was at a course on legal translation for work, which was actually more interesting than it sounds. Anyway, despite my recent crapness I have not forgotten that today is link-up day with Kristin and Gretch. So here’s what I got up to in June when I wasn’t drowning in work… 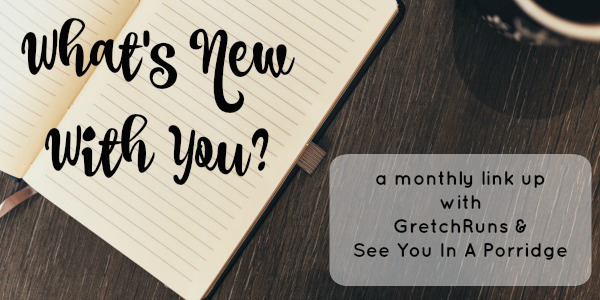 Eating. It’s been too hot for proper food, so we’ve basically been living on salad. That makes me sound way healthier than I actually am, so I should clarify that one of those salads consisted of new potatoes, spring onions, chicken, Greek yoghurt and seasoning. What? It’s a potato salad! I also have to confess that my diet has involved rather a lot of ice cream in June…

Watching. I started watching that new Channel 4 drama Ackley Bridge. I couldn’t watch yesterday’s though because Jan was home and he doesn’t watch stuff like that (I once watched an episode of Casualty while he was there and he asked me why I was watching a soap).

Reading. I actually managed to finish Sophie’s World. Woo! I also finished The Sense of Style, read four other books and started Three Men in a Boat/Three Men on the Bummel (and finished the Three Men in a Boat part, which is the only part that’s on the Big Read list so yay!). Much better than May’s tally! With Erin‘s challenge now on, I am hoping July will be an excellent reading month.

Listening to. Welcome to Night Vale. Yay! It’s been forever since I said that. We hired a car for our trip to Champagne and car journeys mean time for Night Vale.

Seeing/hearing. The Swiss Youth Choir performing at a church in Basel. Jan is in a choir with some people who are also in that choir so he wanted to go along.

Travelling. To the Champagne region, where I drank champagne (of course) and crossed another item off my 35 before 35 list.

Growing. Chilli plants. Our friend gave them to us when they were just little and they’ve grown and grown,  flowered and are now starting to produce  little chillies. Yum! Also parsley and thyme outside, although the thyme isn’t doing so well.

Buying. Books, stickers, writing paper. Oh, and since I was in Germany on Friday, I popped to Primark for some tights to replace all the ones I’ve ruined and came out with a cardigan. It had bees on it so I couldn’t possibly not buy it! (Plus it was reduced to €5).

Swimming. In the Rhine, the week before last when it had been really hot for ages. It then rained and cooled down a few days later plus work went crazy so I haven’t been back in yet.

Cross stitching. A new baby card for a friend and lots more cards for Post Pals. 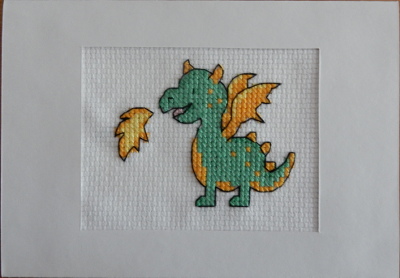 Wishing. Time would slow down. It’s my birthday next month and the month after is the official start of autumn. Where is this year going?!

I can’t think of anything else I’ve been up to… as previously mentioned, the main thing I’ve been doing recently is working (are you sick of hearing about that yet?). So I shall leave this here.

Check out what’s new with everyone else here and let me know what you did in June in the comments.