People have been recapping their decades on Instagram and Facebook, and some (like Hazel) in blog posts. So I thought I would jump on the bandwagon and share a photo from each year of the last decade along with a brief outline of the main events of that year.

2010: We started the decade at a house party in Padua, Italy where Jan’s sister was living at the time. Jan turned 30. We watched Germany play Argentina in Munich (the stadium was freezing!). Jan and I moved in together. I wrote my Master’s dissertation. We travelled around Britain with a friend – see photo above. I got my  Master’s in translation and passed my probation period at work. We spent Christmas in England and then went to Edinburgh for Hogmanay.

2011: My grandma’s dog died – RIP Copper. We took a trip to Paris to celebrate my brother’s 21st birthday. For the first time, we didn’t visit one of our families for Christmas, but spent it in our own home instead. I really wanted to see Austria again, so our New Year’s trip was to Salzburg.

2012: Our family dog, Barney had to be put down. We visited friends who were living in Delft in the Netherlands – the photo above is from that trip. I randomly met K at a beer festival, and she became one of my best friends. My sister visited us in Karlsruhe with her then boyfriend and we took them to see the Formula 1 at Hockenheim. We had a holiday in Stockholm, which I loved. My godson was born and we got to meet him when he was just 10 days old. For New Year, we headed to Luxembourg to visit a friend.

2013: Jan went to Turkey with work and ended up having his appendix removed there. We saw Eddie Izzard in Berlin. We saw a wheelchair rugby Champion’s League match in Karlsruhe. Road trip round Ireland with friends from our quiz team. I went to England for my mum’s 50th birthday and my godson’s christening – but Jan ended up going to hospital with stomach pains instead of getting on the plane! I turned 30, got drunk and cried because I was neither married nor a mother and felt like my relationship was going nowhere. We saw the Rocky Horror Show in its 40th anniversary year. I had my wisdom teeth removed. We returned to Feldkirch, Austria for the first time since I was living there (it hadn’t changed much). We headed to Madeira for the New Year, which I think was our best New Year’s trip yet (potentially tied with Edinburgh).

2014: My colleague went on maternity leave (and my other colleague was still on parental leave) so I spent the entire year as the only English translator at work. It was a very busy year! Jan and I celebrated 10 years of being in a relationship. My Grandpa went into hospital in February and I was luckily able to get time off work at short notice to visit him. He turned 80 in April and passed away at the beginning of May. We saw Pearl Jam in Vienna (I gave Jan the tickets for his birthday). My brother visited us in Karlsruhe and we took trips to Strasbourg, Basel (little knowing we would be living there a year later!), the Black Forest and Frankfurt. Jan had to go to Taiwan for work so I joined him there for a week after the conference. Jan, K and I went to Paris for a Welcome to Night Vale live show. We visited what is still my favourite Christmas market at Burg Hohenzollern with friends. Jan was offered a job in Switzerland and we decided to start trying for a baby after the move. We decided on Zurich for the New Year so we could get a taster of our new country.

2015: We moved to Switzerland and I started telecommuting. I went to my cousin’s wedding, which was attended by the most family members I’d seen in once place for about 20 years! My friend from Luxembourg came to Basel to watch the Lion King musical with us.  We took a trip to England where we saw three Rugby World Cup matches. In October, once Jan was sure he would be staying at his new company, we started trying for a baby. For the first time ever, we didn’t go away for New Year, but instead invited friends to come and spend it with us in Basel.

2016: My sister turned 30. We attended our first Fasnacht in Basel. Three old friends from university days came to visit. We spent two weeks in New Zealand! My mam and brother came to visit. The EU referendum happened (ugh). We attended my friend’s wedding in Luxembourg. Jan’s dad came to visit. In November, Jan’s mum turned 60. We were referred to a fertility specialist after 13 months of unsuccessful trying to get pregnant. My mam and brother visited for the second time in one year, this time with two of my mam’s friends. My sister and her fiancé (now husband) visited for a weekend to see the Christmas markets. We spent Christmas in England with my family and New Year in Glasgow with K.

2017: Attended the Liestal fire parade for the first time. Spent Easter in Berlin with K. Took a trip to Champagne, where we drank Champagne (an item from my 35 before 35 list). Took a trip round England (and a tiny bit of Scotland) and got to meet Kezzie. I tried eating insects. My sister got married and I was a bridesmaid. For New Year, we went to Geneva with a friend.

2018: Decided to switch fertility doctors. I got pregnant with twins via IUI. After months of being unsettled at work and being unsure what to do, Jan was offered a new job and decided to take it. My mam, brother and a friend of my mam’s visited. Just as we thought things were finally going well, I lost the babies. A week later, my maternal Grandma died. My other grandma had to have a pacemaker fitted and then my dad diagnosed with cancer. We buried the boys in November, then Jan started his new job in Zurich and immediately had to go to California – so my mam and sister came to keep my company for a few days (although I was back at work by then). We spent a quiet Christmas and New Year in Basel.

2019: Found out our December IUI had failed and tried another one, which also failed. Celebrated 15 years together. Started IVF in the middle of a renovation (in retrospect, maybe not my best idea?). Went on holiday to Spain and Portugal. I celebrated a decade in the same job. Had four failed embryo transfers and one successful and one failed hysteroscopy. Spent Christmas in England with my family, then ended the decade in Basel with board games, cheese and friends – a much quieter night than the house party the decade had started with! 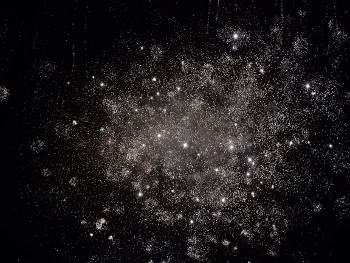 It has certainly been an eventful decade! We travelled a fair amount – not as much as some, but given the state of the environment, I think it was enough, and we saw some amazing places. There were plenty of good times, but also some very, very bad times. I have grown up a lot, and I feel like we’ve also grown as a couple, particularly since we moved to Switzerland in the middle of the decade. Before that we almost broke up on more than one occasion, but now I feel like we’re stronger than we’ve ever been. We’ve made it through the toughest of times and come out the other side, still together and still in love. No matter what happens next, I know I’ve survived everything life has thrown at me so far and there’s something to be said for that. I’m hoping this new decade will bring more growth, more adventures, and lots of happy memories.