This year Fasnacht, or carnival, took place in Basel from 6-8 March. But before that, Liestal (the capital of Basel-Landschaft) kicked things off with their own event on the Sunday night – the Chienbäse. Bäse is Swiss German for Besen, meaning broom and the Chien part is apparently to do with the type of wood they use  – I’ve just looked it up and Chienholz is pinewood. So it basically means “Pinewood brooms”. What the name doesn’t tell you is that said brooms are set on fire and then paraded around the town of Liestal, which is mostly made up of wooden buildings! They even go through a wooden gate/archway, which the fire brigade sprays with water in between each group. Crazy!

There were extra trains from Basel that evening, so we set off on the 6:15 p.m. train along with a friend who moved to Basel in December and some other people we’ve got to know here. Liestal was already pretty crowded when we arrived, but we managed to find a nice spot before the aforementioned wooden gate. Most people wanted to be in the town proper, after the gate, but I actually preferred being somewhere where I could run away if anything went wrong! I’m not sure I would have liked being stuck in the narrow old-town streets… 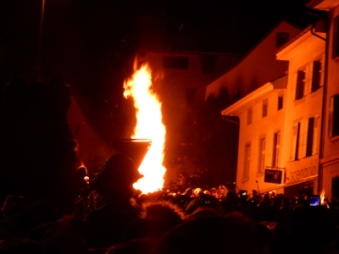 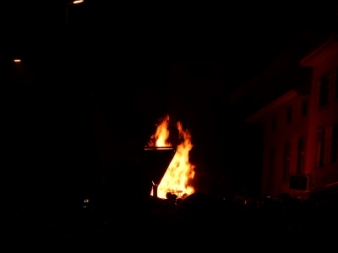 The broom carriers approached the gate and began to go through: 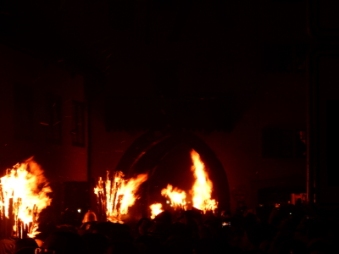 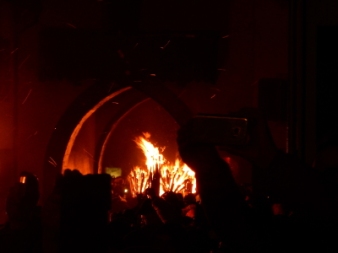 Even in the fourth row, the heat was intense. I can’t even imagine how the people actually carrying the fire must have felt!

More and more groups of broom carriers passed by where we were standing: 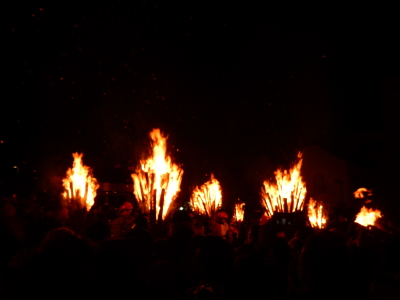 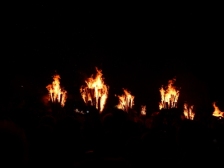 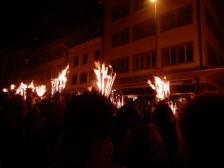 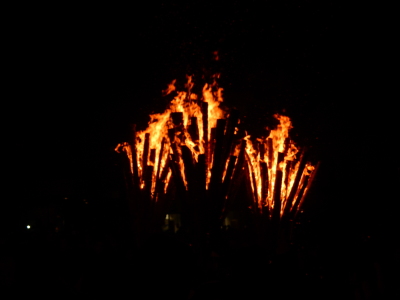 We spied some sausages attached to one of the “brooms” (really more like bundles of wood in a rough broomish shape): 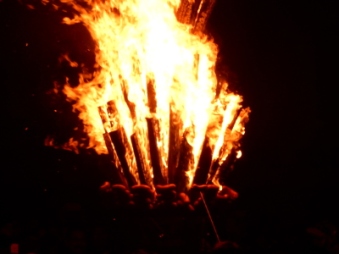 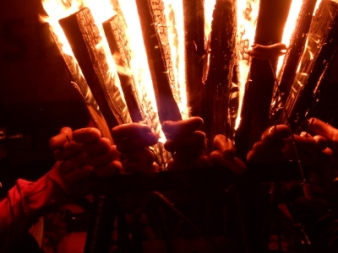 I wonder if they ate them afterwards?

After a few groups of people carrying brooms, entire floats or carts of wood started to go by. The flames were pretty high and we wondered how they were ever going to get through the archway! 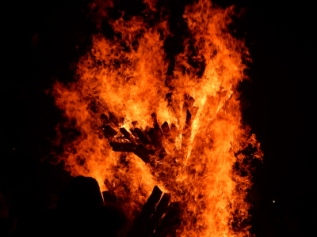 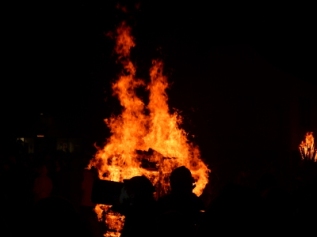 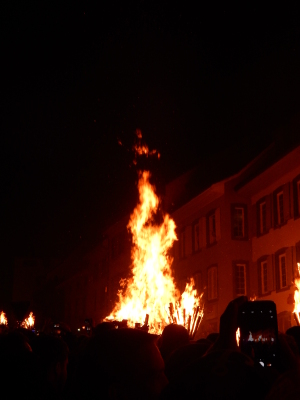 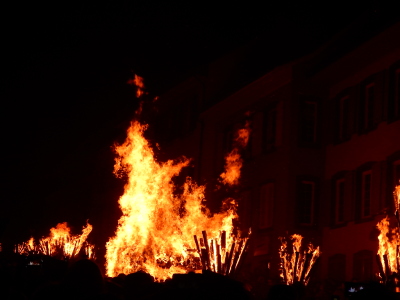 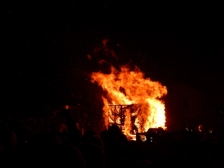 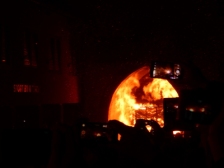 How is the archway not burning?! 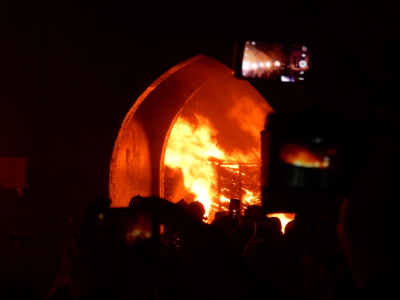 Made it through, somehow!

Once the parade was over, we lost half our group! The rest of us went looking for a Fasnacht cellar to go into (where the groups hold their meetings), but the only one we found was full so we had a beer at a restaurant then wandered around for a while before taking a train back to Basel. There, three of us went for a coffee while the other two went home, then Jan, our friend and I met up with our Finnish friend again and the four of proceeded to stay up all night waiting for Morgestraich… but that’s another story for another time.

The Chienbäse is a totally crazy event… not at all what I would expect from the Swiss, with their reputation of being sensible! There aren’t even any barriers between the crowd and the flames, and although the fire brigade is there to tell people to get back, the front row is much closer to the action than I expect would be allowed in England! If you’re not afraid of fire and you find yourself near Basel around Fasnacht I can definitely recommend going. Wear something non-flammable that you don’t mind getting smoked (you will stink of bonfire afterwards!), avoid taking very young children and have fun!

Some information for anyone who may want to go in the future: Fasnacht in Basel takes place on the Monday-Wednesday of the week after everywhere else has its Shrove Tuesday (Pancake Day)/Mardis Gras/Fat Tuesday/Fasching/Carnival (there are various possible explanations for this that I won’t go into right now), and the Chienbäse is on the Sunday night before the Monday of Fasnacht. The date for Chienbäse in 2018 is 18 February and in 2019 it’s on 10 March.

What do you think? Would you like to go to a fire parade?