Today is my final day at work before a week off… and on Sunday I fly to Taiwan! Very exciting – although I’m not sure I’m looking forward to 13 hours of planes plus four hours of Dubai airport all by myself!. I’m sure I’ll survive though. In the meantime, here are this week’s Friday letters: 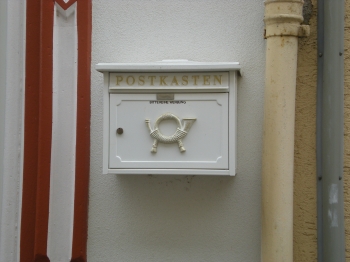 Dear child on the train. Yes, I know my teeth a wonky, thanks. Apparantly you don’t know it’s rude to point that out though! At nine, you should really know better than to make personal remarks.

Dear flat. I’ve done at least a little bit of tidying/cleaning every day this week, so why do you still look like a tornado went through you? Looks like tomorrow is going to be taken up entirely with packing and housework so we at least get to come home to a semi-decent looking place!

Dear work. You have once again been insane for the past few weeks. Much as I enjoy my job, I am sooo looking forward to an entire week of no translations!

Dear flights. Please be kind! If I’m going to be stuck on planes for half a day, I’d really rather it was without turbulence.

Dear tickly throat and occasional sneezed. Don’t even think about turning into a full-blown cold just in time for my holiday! Pre-emptive Lemsip will definitely be consumed tonight…

Dear readers. Have a great weekend and don’t get into any trouble while I’m away 😉

And now here are some links for you:

Ok, that’s it. Those should be enough to keep you entertained for a while anyway 😉

**I still have more to tell you about Madeira, but I haven’t had time to write a post yetand I have Banoffee Pie to make today. This was in my drafts sooo… have a change of subject. Doors of Funchal old town and a post on the New Year’s fireworks coming soon, promise!**

I’ve always been interested in names… naming patterns through the ages, regional differences in naming children (even within the same country), the meanings of names, people’s reasons for choosing their children’s names… it’s all fascinating to me! So when the news show that Jan was watching just after New Year mentioned the Germany’s most popular baby names of 2013 I immediately sat up and took notice – and a good job, too, as it turned out. It came up as a question in the pub quiz last week! The day before said pub quiz, I happened to come across an article (this one here, actually. Note: It’s in German) that talked about the top baby names for 2013 in each of Germany’s Federal states. I’m sure I can’t be the only one who finds this stuff interesting, so I wanted to share what I’d learned with all you readers as well.
So, what were the most popular baby names given in Germany in 2013? Well, the top girl’s and boy’s name in 2013 were the same as in 2012, namely (ha, geddit?):

In most of Germany’s states, the top names were exactly the same as those for Germany as a whole, Ben and Mia. But in a few states there were slight differences. There were four states that differed from the rest of Germany: Mecklenburg-Vorpommern (Ben and Emma), Hamburg (Paul and Emma), Berlin (Felix and Mia) and finally Bavaria, which, according to the researcher, always has its own top names that are different to the rest. 2013 was no exception… the top names for last year in Bavaria were Maximilian and Sophia/Sofie. For my own Bundesland, Baden-Württemberg, Mia and Ben were top, followed by Emma and Luca/Luka in second place.  Sophia/Sofie and Lucas/Lukas came in third.

Ben was the number one name for German boys for the third time in 2013, while Mia has been the top girl’s name in Germany since 2009! It seems once a trend takes hold, it’s rather reluctant to go away again… which probably explains why there were so many Sarahs and Jennifers around my age at school!

And now, just because it was so fun, here are the top names in a few other countries. Where I couldn’t find statistics for 2013, I’ve taken the top names from 2012 instead:

I’ve tried to arrange them roughly into language groups, but actually what I find most interesting is the similarities between completely different countries, for example Emma is top in both the Netherlands and Canada while Mia beats all the other girls in Germany and Puerto Rico! No more Hans and Heidi for the Germans (not that I believe Germans were ever predominantly called those names… but they were the most stereotypical I could think of 😉 )

As for my own name… Beverley has never featured in even the top ten of any ranking that I’m aware of… and to be honest, I’m glad! Although I did get annoyed as a kid when nothing came with my name on it…. ever!

* Most of my statistics came from Wikipedia, but a few came from the German website Beliebte Vornamen.