Today’s look up, look down entry was inspired by Alex at Ifs, Ands & Butts who recently posted some gorgeous autumn photos taken from the top of Karlsruhe’s castle… which reminded me that I’ve been up there as well. The following photos were taken in June 2010, when I decided to be a tourist in my own (adopted) town because I had a friend visiting. 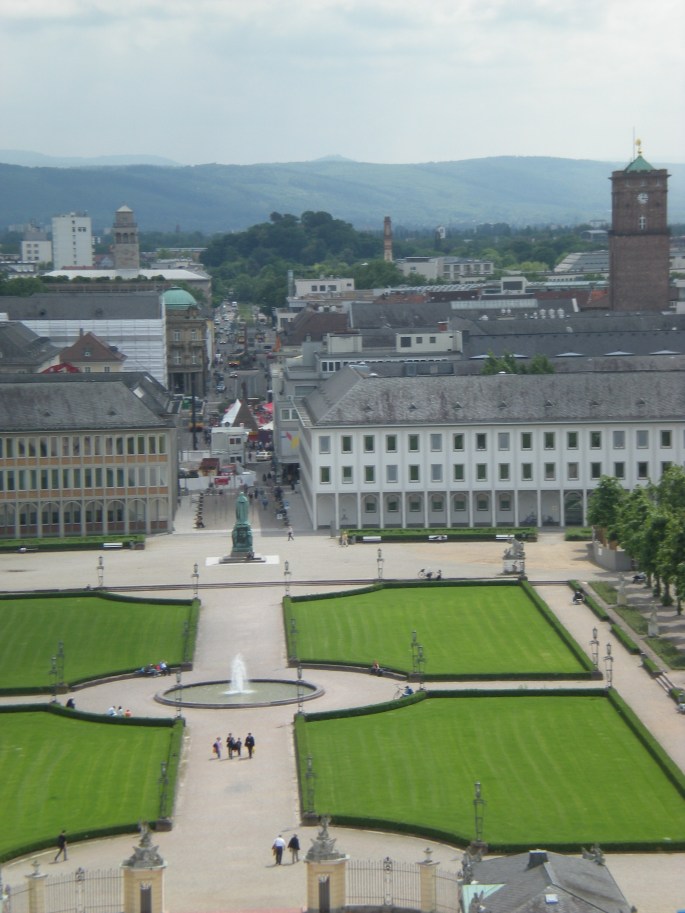 Those who still live in Karlsruhe or have been to visit recently will notice that the area in front of the castle on the above photo looks quite different now…
Also, you can almost see where I live in that shot. Not that I’m telling you where I live though 😉
Here’s one taken from further round the tower, looking down on the castle itself: 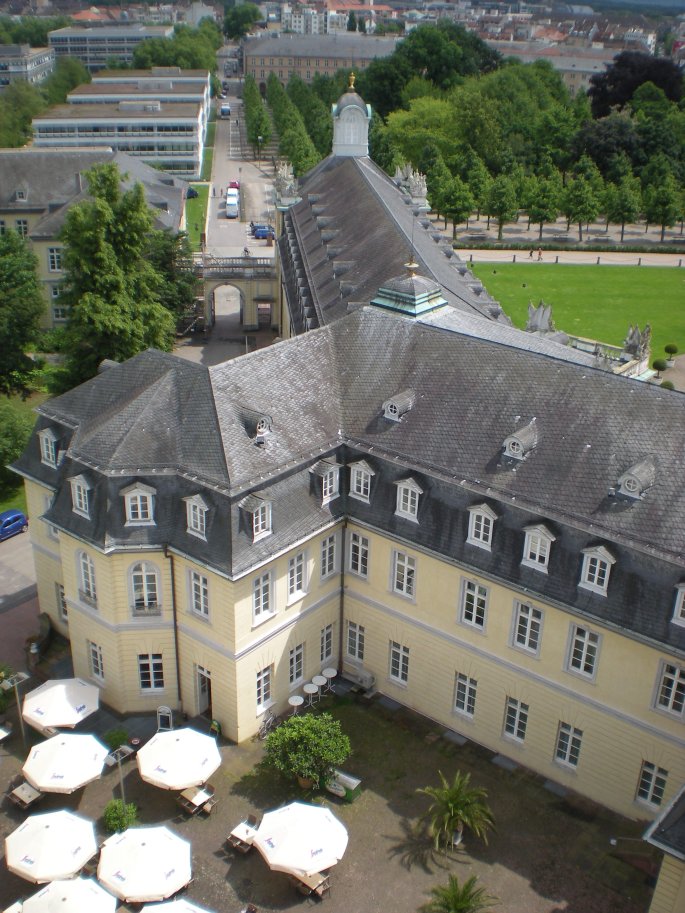 And here’s the Schlosspark from above. It’s practically empty because it was a week day morning, so everyone was at work, school or university (or in the case of some students quite possibly sleeping!) 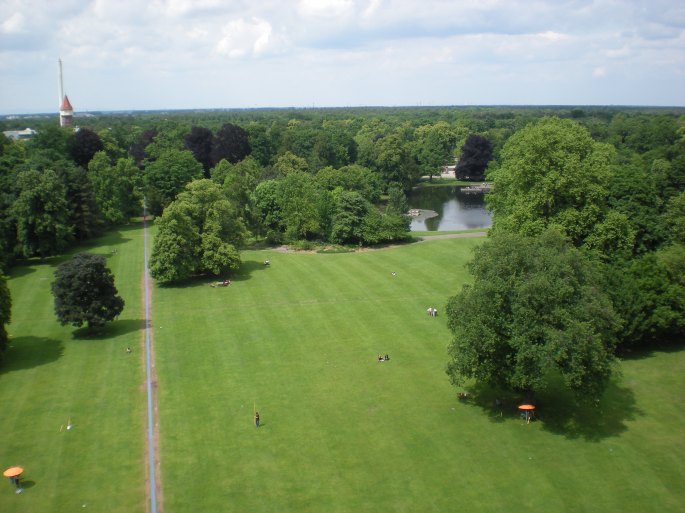 To see how other people have interpreted the theme and join in yourself, check out Travel With Intent’s blog post.

To see the same views in autumn, check out Alex’s blog post. Her photos are also much better than mine! (These ones were taken with my old digital camera which was quite frankly crap!)

I had to go in to town yesterday to take photos for a blog post that will be coming up later this week. Next to the castle, I spotted this little group standing in some sand:

I’m not usually at that side of the castle, so I’ve no idea how long they had been there or how permanent they are. And there was no sign or anything to tell me what they’re for… Art? Something for children to play on? Your guess is as good as mine! They did make me smile though, so their presence clearly wasn’t wasted 😉