I loved the blue of this building!

We arrived in Konstanz at just after 1 pm on Thursday, following a roughly three hour journey on the Schwarzwaldbahn (beautiful scenery!). The above two photos were taken in the Petershausen area of Konstanz, which is where we thought our hotel was. Except both of us had apparantly failed to read the date correctly and we had managed to book a room for the night of Wednesday, 28th May instead. Of course, there were no rooms left at the IBIS for that night, but the receptionist was kind enough to phone another hotel where she managed to get us a double room. We ended up at Hotel Halm, which was slightly more expensive than we would have liked, but at that point it was a case of beggars not being choosers, so we went with it. At least it was convenient for the train station… as in directly opposite! And we got a welcome drink when we arrived which kind of made up for our complete stupidity 😉

Once we’d drunk our sparkling wines, we decided to take advantage of the absolutely glorious weather and take a boat out to Mainau, an island in Lake Constance (or the Bodensee in German). The boat trip over took about half an hour.

After a quick stop for a sandwich at the cafe, we decided to head for the butterfly house. It was pretty crowded, but definitely worth it. So many butterflies! Here are a few: 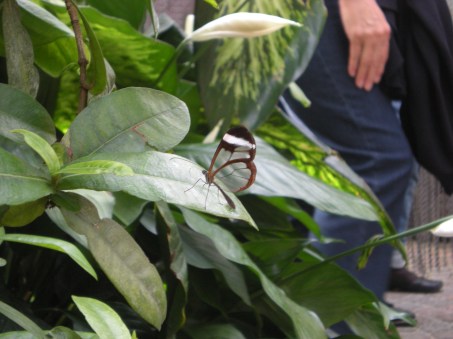 I had never seen a transparent butterfly before!

It’s blurry because it was flapping its wings 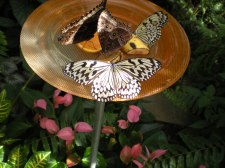 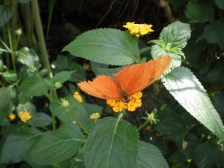 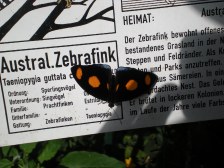 Once we’d seen the butterflies, we went for a walk around the rest of the island. Here are a few photos. It’s not known as a flower island for nothing! 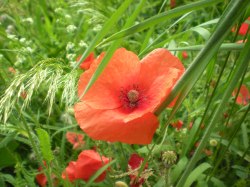 View of Lake Constance from the island

Me amongst the flowers 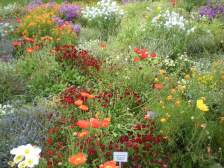 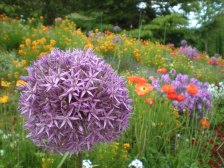 Inside a little chapel by the palace

Probably my favourite thing on Mainau was this rendering of the Bodensee in blue flowers!

Once we’d seen all the island had to offer, we took a boat back over to the mainland and went off in search of somewhere to eat. The first place we tried was closed on Sundays and holidays (Thursday was Christihimmelfahrt… Ascension Day), so we wandered all over town, finally ending up back down at the lake. Here are a few photos from our wanderings:

A church… I don’t remember which

This restaurant sign was just begging to be photographed

An owl on a wall!

The harbour in the evening

Seeing as we were at a lake, fish seemed like a good choice of food. Jan had “Felchenfilet”, which translates as whitefish (sooo imaginative!), apparantly the typical fish of the Bodensee. I went with sea bass, which was served on a bed of carrot and ginger puree (you can’t see it in the picture as it’s under the fish). Each of us ordered a side, which we shared between us… spinach for me and rosemary potatoes for Jan. To drink, I had a local Pils which came in a teeny glass! 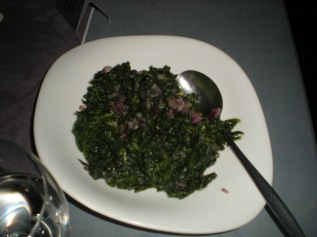 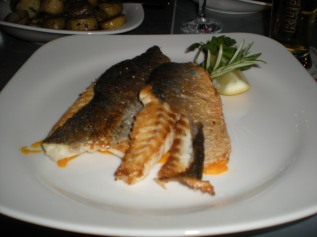 The next morning, it was raining heavily so we decided to hit a museum first. There is currently a special exhibition on about the Council of Konstanz, which took place from 1414-1418. The aim of the council was to resolve the papal schism. Basically, three people were claiming to be the rightful pope, each with different followers. It took four years, but eventually the three popes were persuaded (or forced) to resign and the council was able to elect a new pope, who became Martin V as he was elected on St. Martin’s Day. The exhibition was interesting, but loooong! We must have been walking around in there for 3 hours! By the end my feet were killing and I was dying of thirst! No photos of that part of the day I’m afraid because you weren’t allowed to take any…

After the exhibition, our next stop was the Cathedral. We had a look inside then paid the €2 each to climb the tower for a view of Konstanz. By that time, the rain had stopped although it was still cloudy. 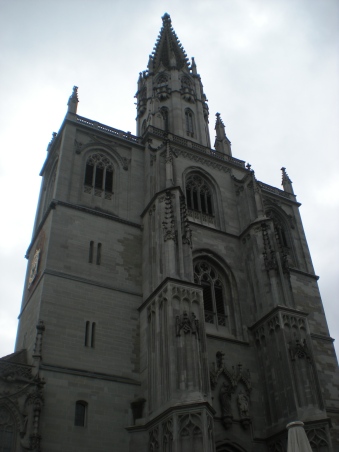 Part of the cathedral 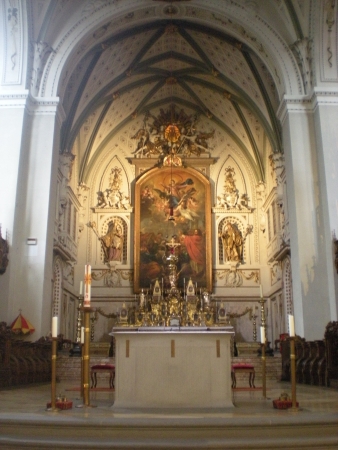 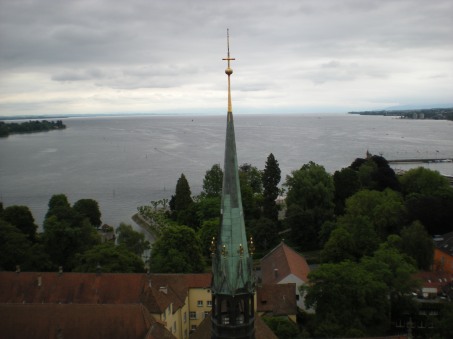 Lake Constance from above 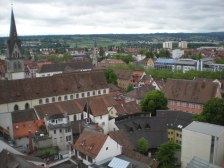 Konstanz and part of the lake

Back down on the ground, we had another walk around town, mostly on the look out for a place to buy water. Then we stopped at a place called Pano for something to eat. For a place named, well, bread there was a disappointing lack of bread, but never mind! Food eaten, it was almost time for our train, but before leaving we briefly walked across the border into Kreuzlingen purely for the novelty of walking to Switzerland! There was a park over there (the Seegarten), which I’m sure would have been nice to have a look at if we’d had more time, but instead I just briefly took a photo of some flags by the harbour then we headed back to Konstanz to pick up our bags and catch a train home. All in all, it was a nice little break and Konstanz is somewhere I would definitely like to visit again! 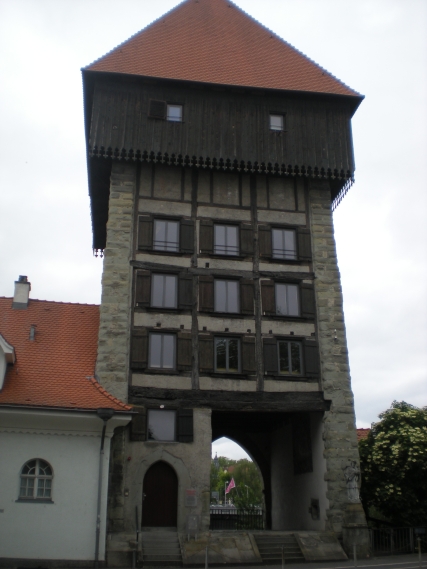 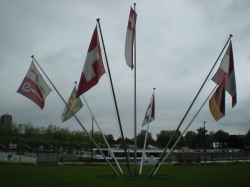