Recently some friends from England came to visit me in Basel as part of a mini trip through Europe. After they left us, they moved on to Lausanne so Jan and I decided to meet up with them there on the Saturday since we hadn’t actually made it to the French-speaking part of Switzerland yet.

It was raining when we arrived, but we wanted to see the lake anyway, so the first thing we did was take the Metro to Ouchy, a former fishing village that’s now a suburb of Lausanne. 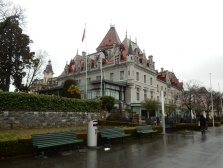 With the rain getting worse, most of the group decided to pay a visit to the Olympic Museum, which was just down the road (one of our friends wasn’t interested, and after waiting for us in the cafe for a while ended up heading back into town by herself).

Where are these guys’ heads?! 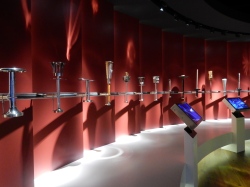 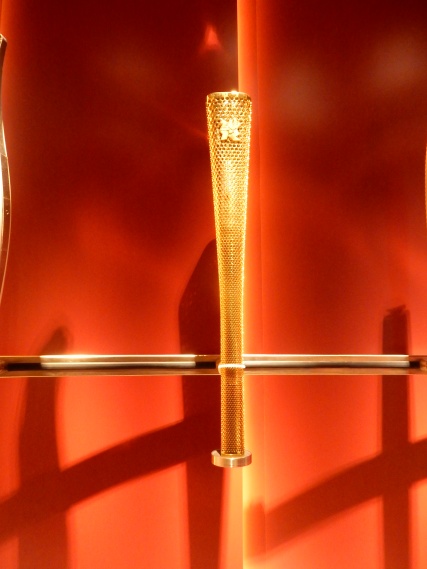 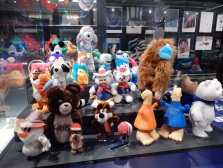 There were some interesting things in the museum, but a lot of it felt like a giant advert for the whole Olympic idea/committee/what have you. My favourite bits were the mascots (cuteness!) and a part at the end where there were a few “hands-on” things, like a wall where you had to hit lights to test your reactions.

When we’d finished with the museum, we headed up to the cafe and saw that the rain had stopped and the sun was trying to get out from behind the clouds! I took a few photos from the terrace and then from outside the museum: 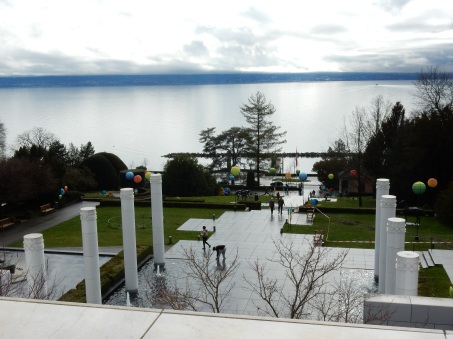 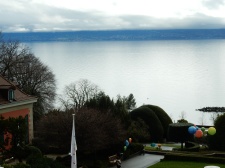 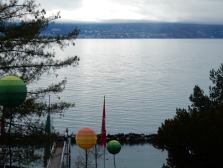 On the other side of the lake, you can see France. Specifically, Évian-les-Bains – as in the mineral water. You can take a boat there from Ouchy.

Having taken dozens of photos of the lake, we headed back towards the Metro to meet our other friend in town. While we waited for her to see our message and get in touch, we wandered around the old town. 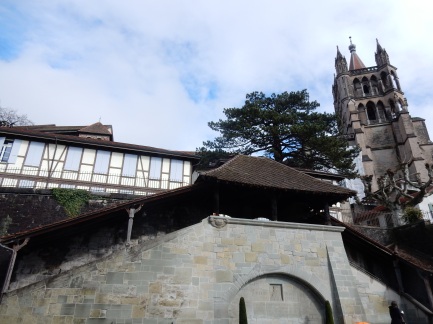 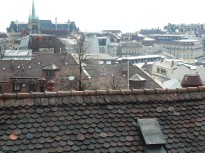 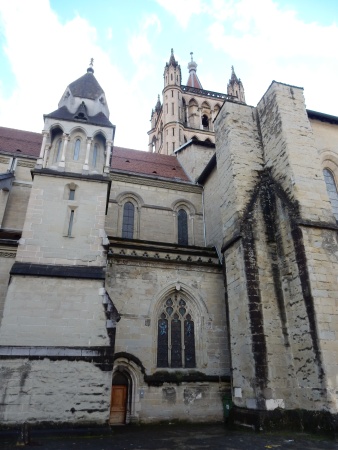 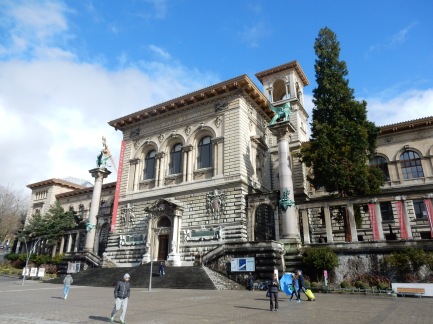 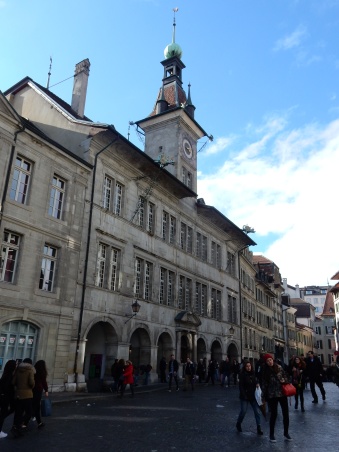 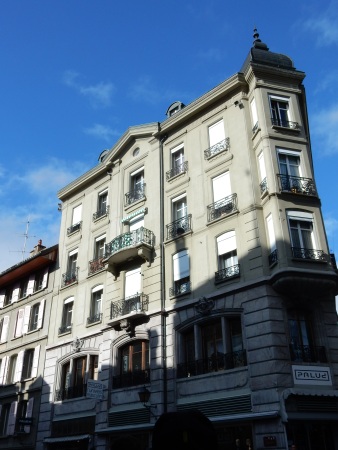 If I hadn’t experienced it for myself, I wouldn’t have believed it had been raining heavily just a few hours earlier!

By this time, it had been quite a while since breakfast and we were all feeling a bit peckish, so our next stop was lunch. We went to a Brasserie that our friends had discovered on a previous evening, and I ate Rösti on the wrong side of the Röstigraben 😉 (see my post on Fribourg for more on that). To drink, I chose the beer sampler. The amber beer was my favourite! 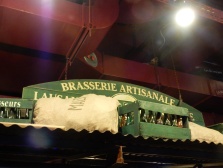 I chose Rösti Vaudois, since we were in canton Vaud.

There probably would have been more to see, but one of our friends suggested buying some beer and going back to the place they were staying, so that’s what we did. Later, we happened to look out of the window and saw snow!

All too soon, it was time to head back to the train station and return to Basel.
I will definitely have to visit Lausanne again some time – maybe in the summer. I imagine the area around the lake will be beautiful then, and I would love to take a boat trip.

Linking up for Monday Escapes, which unbelievably has been going for almost a year!