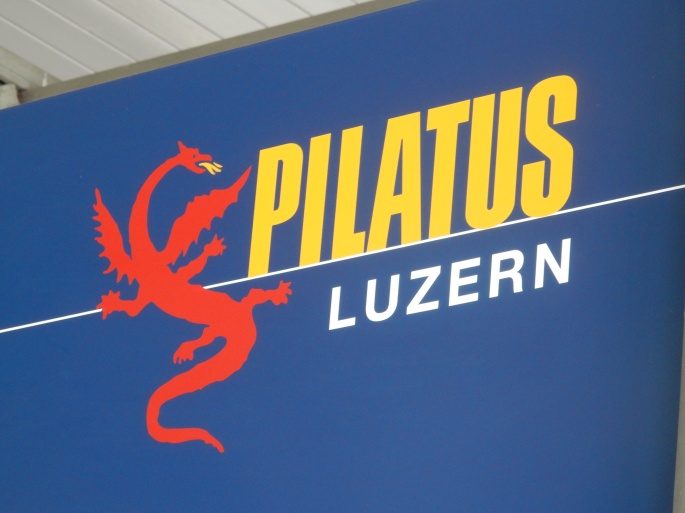 23-25 May saw yet another long weekend – the final one for a while – this time for Pfingsten (Whit sun or Pentecost). We decided to make use of the time off and nice weather and take another day trip. We chose Mount Pilatus in the canton of Luzern (or Lucerne) because Jan wanted to go up somewhere high where he could get a good view. Unfortunately for him, the top of the mountain was actually in the clouds 😉 Mount Pilatus is home to the world’s steepest cogwheel railway, so we decided to buy a ticket for a circular route which involved a train from Luzern to Alpnachstad, the trip up the mountain with the cogwheel railway, back down the mountain via cable car to Kriens (a neighbouring town of Luzern) and then a bus back to Luzern proper.

On the way up, there were some lovely views of the surrounding countryside and the mountain we were on.

Down on the ground, it had been a gorgeous sunny day, but the higher the little train climbed the colder it got, until eventually we saw snow.

At first there was just a little snow 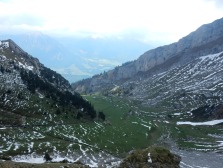 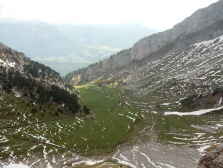 The higher we got, the more snow

Not the best photo, but I couldn’t resist taking a shot of this dog who was hiking the mountain with his owner

As I mentioned, up at the top we mostly saw cloud, and most of the routes were blocked because of the snow. However, what we did see were birds. I’m pretty sure they’re a type of crow (my friend looked them up after seeing one of my photos and they appear to be an Alpine chough or yellow-billed chough). There were loads of them hovering around, sitting on the railings and trying to get people to feed them scraps – it was like gulls at the beach, but less noisy and prettier. 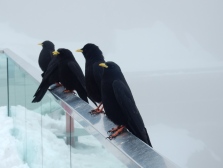 Pretty birds all in a row

At some point, the cloud below cleared slightly and we were able to see some of what was back down the mountain – there still wasn’t much of a view, but it was certainly an improvement! I also attempted to take a few photos of the cogwheel trains heading back down, but my camera just couldn’t do justice to the steepness. 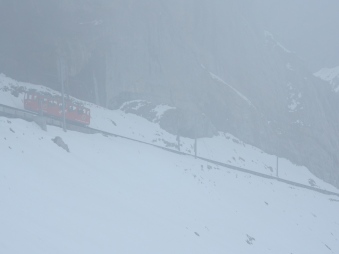 Since there was nowhere to walk to and we’d seen everything we could, we decided to head back down with the next cable car. First of all, a large cable car took us down to Fräkmüntegg. There’s a restaurant at that stop and a rope park. Photos taken through glass are never the best, but have a few of the view from the cable car anyway: 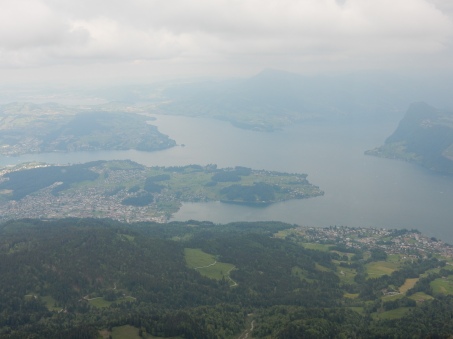 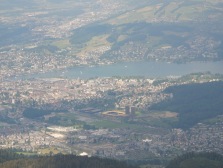 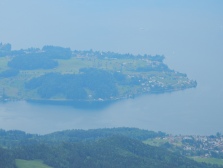 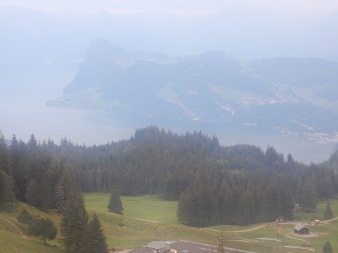 From Fräkmuntegg, smaller gondolas take you back down to Kriens at the base of the mountain. They also stop at Krienseregg, where the map says there’s a children’s play area, but we didn’t get out there. Here, have some views from that cable car. Actually, the route went through the trees, so what you’re really getting is a bunch of pictures of trees with the occasional view when a gap between them allowed us to see something! 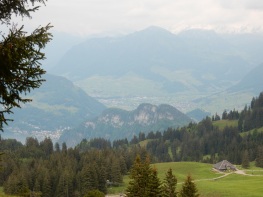 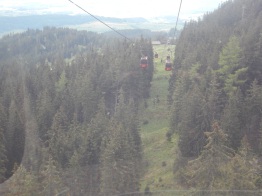 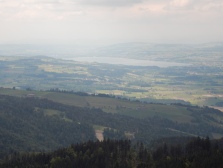 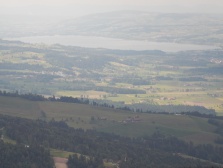 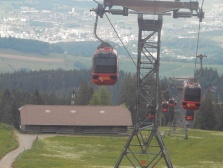 Looking back to where we came from

On arriving in Kriens, we walked the five minutes to the bus stop then took the number 1 back to Luzern. It was still fairly early, so we decided to have a wander around there. We’d been before when I was living in Austria, but other than the wooden bridge, the town hall clock and the city walls neither of us remembered much. We tried to find the restaurant we ate at back then – where I tried cheese fondue for the first time – but either it’s closed down or we have no idea where it actually was. What I did remember is that the lake is beautiful, and I wasn’t wrong! Also, swans. Last time we were there I remember seeing a swan building a nest. This time, they were just swimming around. We also decided to stop for a beer before heading back to the train, which we did at the Rathaus restaurant. The beer there was pretty tasty. 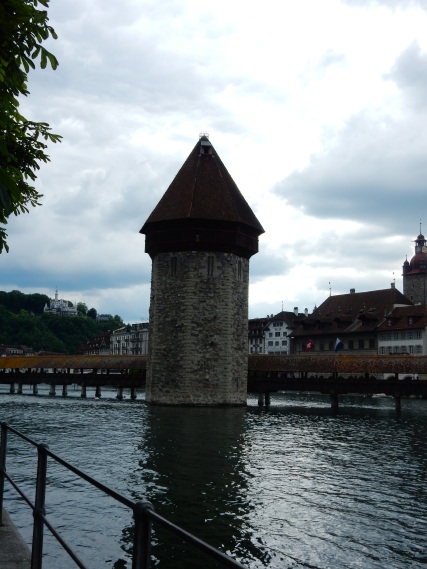 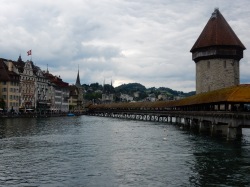 The bridge and the lake 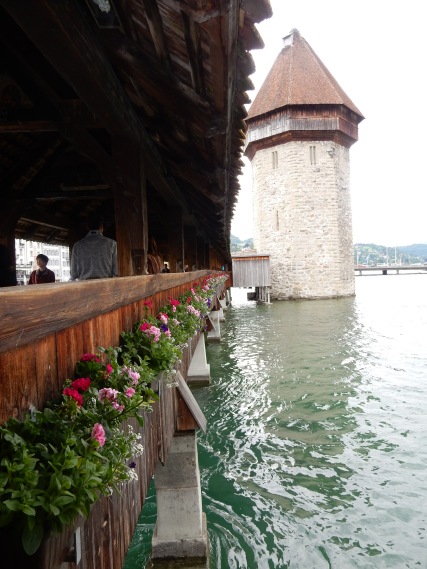 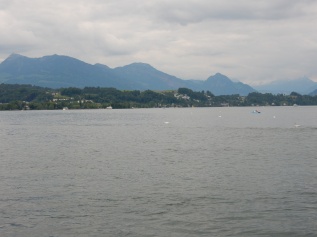 Mount Pilatus in the background 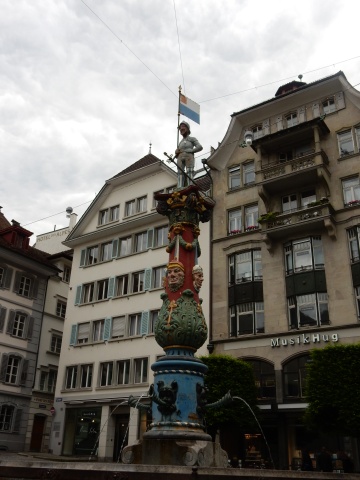 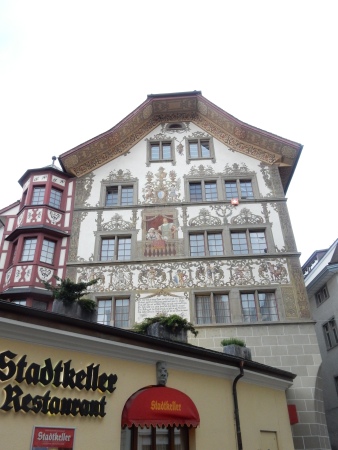 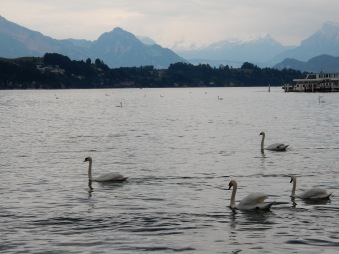 Fun fact – although the lake is just called Lake Lucerne in English, its German name is Vierwaldstättersee, which means Lake of the Four Forested Cantons. The original Drei Waldstätten (three forested cantons) were Uri, Schwyz and Unterwald – the founding cantons of the Old Swiss Confederacy (basically the original Switzerland). They were joined by Luzern in 1332 and that’s where the lake got its name. End of today’s Swiss history lesson 😉

Luzern is an absolutely gorgeous city and well worth a visit by itself. And if you’ve got a little more time I would definitely recommend the trip up Mount Pilatus. Hopefully you’ll pick a day with less cloud at the top 😉

*I’m linking this post up to Monday Escapes with Packing My Suitcase and My Travel Monkey. You can join in here.*

For the past two weeks, my photo for Travel With Intent’s Look Up, Look Down challenge have involved looking up, so this time I decided to go with the opposite. The following photos were taken in Luzern, Switzerland (or Lucerne, if you prefer the English spelling): 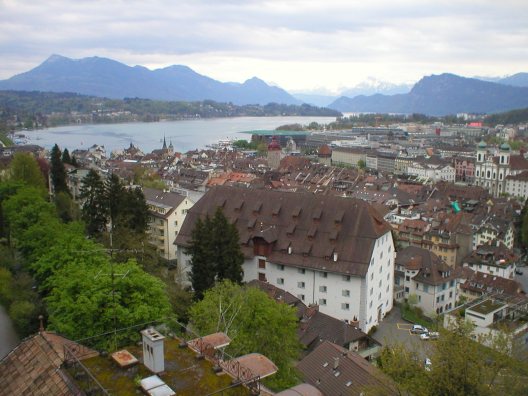 As you can see, both photos show the city from above. A large section of Luzern’s city walls is still intact, complete with towers, and you can walk along the walls for an amazing view of the city below. And for a bonus picture, here you have me looking down from Luzern’s city walls.

To see how other people have interpreted the Look Up, Look Down theme and to join in yourself, check out Travel With Intent’s blog post.