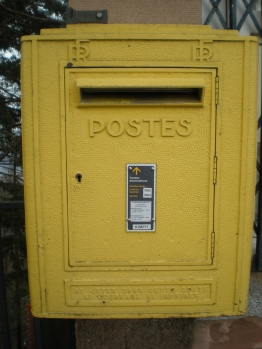 Dear weather/Mother Nature. Please be kind! Let there be no fog, storms,volcanic eruptions or anything else that might prevent my flights from actually taking off on Sunday!

Dear family. I will see you soon and we’ll give grandpa the amazing send off he deserves.

Dear readers. Thank you for the clothing advice! I think I’m going with the black dress, black tights and I’ll take a black cardigan along in case it’s cold.

Dear boyfriend. Thank you for booking my flights for me! I really should get a credit card…

Dear Oscar Wilde. I saw your play The Importance of Being Earnest on Tuesday. It was very funny.

Dear summer reading challenge. 9 days in, I finally have one of the books on my list so I can actually get started with you!

Happy Friday everyone. Hope you enjoy your weekend.

It’s quiz night again tonight, and we all know what that means… time for me to regale you with fascinating facts that will probably never actually come up in the quiz 😉

That’s all for today. I hope you learned something 😉

After the long weekend in Dublin, Tuesday, 11 June marked the first day of the Ireland road trip proper. Our two drivers (of whom Jan was one) got up stupidly early to go and pick the car up while the rest of us had a slightly more leisurely start. After one final full Irish breakfast, we packed up the last few bits then waited for our vehicle. One game of suitcase Tetris later, it was time to check out and say goodbye to one member of the group – he had only been able to get the long weekend off work and was heading back to Germany while the remaining 5 of us went on a tour of Ireland.

Our first stop was Bray, where the owner of our local Irish pub is from. The boys had planned to try and recreate a photo he has on his wall of Bray Head and I had promised him a postcard from one Bray to another (the Irish pub is called Bray Head). It was raining a little when we set off, but by the time we arrived in Bray it was dry again, if a little cloudy, so we parked the car and headed down to the beach, where we met an adorable dog with an incredibly slimy ball!

His owners told us this was the highlight of his week!
Bray Head was partly hidden in the clouds, but we pointed our cameras in its general direction anyway.

Then it was off the icecream/sweet shop to buy some postcards before sitting down at The Strand Hotel – formerly a house called Elsinore owned by Oscar Wilde’s father- to write them. We all indulged in some tea and scones, which were delicious but bizarrely came on dirty plates. The carvery looked (and smelled) really good too, but we didn’t have time for that… the time we had left on the car was ticking away! So postcard written and scones eaten, we headed back towards town, stopping on the way to buy stamps and post said card.

Stop number two was Enniskerry, where we had been tasked with going to the local pub and delivering a glass from our Irish pub to a guy named Keith who had misspent his youth with our local pub’s owner.

The pub seemed like a bit of a local pub for local people, but we all had a quick drink there anyway. And from what I saw of Enniskerry it looked like a cute little village – I especially liked this interesting phonebox.

After taking a wrong turn and driving round twice, we came to our next stop: The Powerscourt Waterfall. It’s the highest waterfall in Ireland…

By the time we’d taken some photos of the waterfall and of each other posing with the waterfall it had started to rain, so instead of hitting the nature trails we made a run for the car and drove on to our next destination, Glendalough. Pronounced Glen-da-lock, Glendalough is a glacial valley that’s famous for its medieval monastic settlement, founded in the 6th century by St. Kevin. There are also two lakes – the Lower Lake and the Upper Lake – and various walking trails.

Luckily it had stopped raining again, so we didn’t get wet… but all the moisture in the air meant tonnes and tonnes of midgees! Yuk!! The senery was beautiful though, as you can see. And the Obamas went there a few days later while on a trip to Ireland. We saw it first, Obamas!!

It was approaching 7 pm by the time we’d finished walking around, so back to the car we went and headed straight for Kilkenny with no more breaks. By the time we’d found our hostel, checked in and discovered a place to put the car it was after 9 and we were starving! So off we went into town in search of somewhere that would still feed us at that time! Our first stop was Kyteler’s Inn, which seemed like a really cool place and had live music on, but the kitchen there had closed at 9, so off we went to the place across the way – The Marble City Bar (it seems downstairs there is a tearooms as well). The food there was slightly more expensive than what we had been looking for, but worth every single cent! Our waiter went out of his way to be helpful, even offering my friend chips instead of mashed potato after hearing that she’s lactose intolerant! Again, no food photo because I was too busy nomming it.

By the time we’d eaten it was even later and we were all tired, so back to the hostel we went to get some sleep before moving on to day 5 of our Irish adventure..