Because we had come back from Milford Sound by plane, we were back in Queenstown relatively early. I had to charge my camera first since it had died on the plane back, so while it was doing that we went to the convenience store to pick up something to drink then made use of the free wi-fi in the hotel lobby (note to anyone considering staying at Novotel – you get 1 hour of free wi-fi per day in the lobby; wi-fi in the rooms has to be paid for! Remind me which century we’re in?!). We weren’t ready for dinner yet having bought quite a bit of food in Te Anau to eat on the Sound cruise, so we decided to go for a walk and ended up in Queenstown Gardens. What follows will include many pictures of plants! I couldn’t help it – so many of them were so different to what I’m used to! 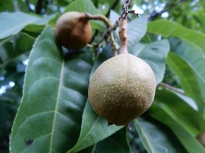 I assume this is supposed to be a silver fern

This water wheel was outside the gardens… not sure why

I spent way too long trying to get a decent picture of these birds, which I’m fairly sure are Paradise Shelducks. They just didn’t want to stand still!

The one with the white head is female and the male has a black head. Shelducks form long-term pair bonds, often life-long (aww!) and tend to hang around as couples. Driving around, we would often see a male and a female Shelduck standing in a field somewhere!

In the rose garden, I took far too many photos, mainly because I was trying to play with my camera’s macro setting. Here are a few: 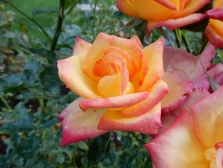 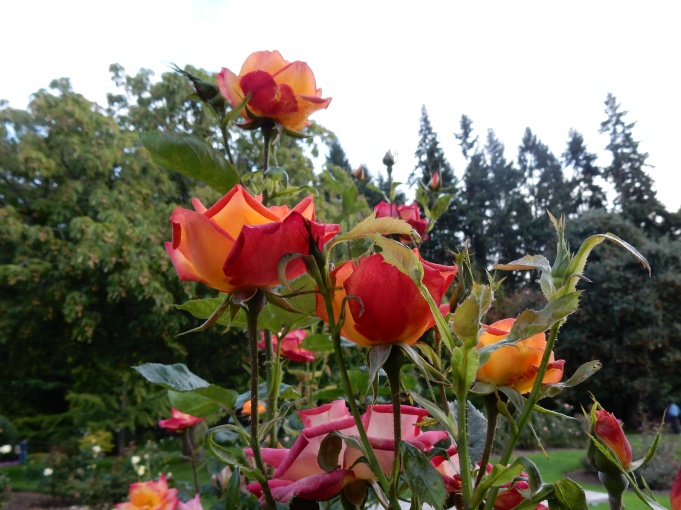 I love the kind of multi-coloured pink/orange ones! They looked so pretty.

The gardens are on a little peninsula, so once we got round to the other side we had a view of a different part of the lake – a part without lots of boats on it (the side where we had entered from is where all the touristy boats are moored). The view there was stunning, especially with the way the evening sun was hitting the mountains. 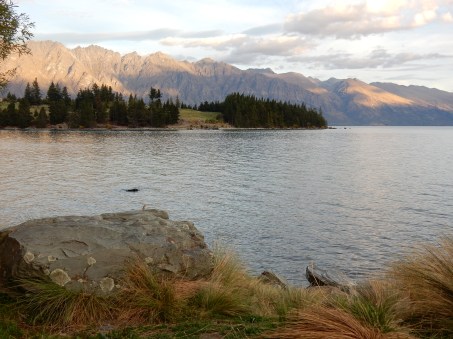 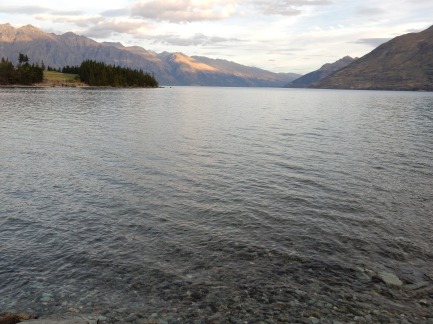 Currently ma favourite photo of me!

Back round the other side, a few more photos had to be taken before we finally decided to head off and find something for tea. 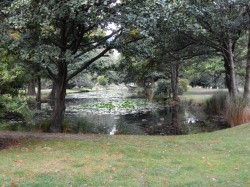 There was also a Disc/Frisbee Golf course in the gardens, so we decided to come back and play on our final afternoon in Queenstown. We hired our discs from a place in town for $5 for five hours, but the Internet tells me you can also hire them from the ice rink, which is in the park.

If you have any idea what any of the plants in this post are (other than roses – I can recognise them!) please let me know in the comments.

Also linking up for Monday Escapes: