Today is the third and final day of my second attempt at the three days, three quotes challenge. This time around, I was nominated by She from This Door is Alarmed. Thank you very much for the nomination!

Here are the rules, which I have already broken:

For today’s post, I have chosen a quote from the Welcome to Night Vale novel (the first one, which is simply called Welcome to Night Vale). As we all know, Night Vale is a bizarre place (and if you don’t know what have you been doing with your life? Please go and listen to the pod cast!), but it’s people are just as human as any of us, with all the emotions, thoughts and communication difficulties that go along with that. So often what Cecil tells me seems to apply very well to our own, slightly less bizarre, world. Here’s one of my favourite lines from the novel:

It seems about right to me!

I’m not nominating anyone this time round as everyone I think might play has already done it. So if you would like a turn then please consider yourself nominated!

Yes, I do in fact know what “consecutive” means, but I forgot to schedule a post for yesterday then I was in the office all day and by the time I got home, ate, etc. I didn’t feel like writing one, so day two of this tag is a day late. Whatever, it’s not like anyone’s waiting to tell me off.

I was nominated by She from This Door is Alarmed. Thank you so much for thinking of me!

Here are the rules, of which I’ve already broken one and will be breaking another:

For today’s quote, I decided to pick something from one of my favourite books – Good Omens: The Nice and Accurate Prophecies of Agnes Nutter, Witch by Terry Pratchett and Neil Gaiman. There are many quotable lines in this book, but I decided to go with this one:

It can be helpful to remember that, for the most part, people are just people – they all have flaws, but they also have good qualities. Very few people are bad through and through, just as nobody is perfect.

I am not nominating anybody this time round, as everyone I would have picked has done it already, but if you would like to play (again) let me know and I’ll nominate you tomorrow.

*I apologise in advance for the length of this post. And I will totally understand if you decide not to read it! Come back tomorrow for a more “regular” post*

There was no post yesterday for the simple reason that, after coming in from work and sitting down on the sofa, I wa unable to summon up the energy to get back up and turn on the computer. The theatre on Monday night followed by quiz on Tuesday meant two very short nights… I’m loving having friends but the whole social life thing is exhausting!

Anyway, I said there was something I wanted to post this week once I had more time and could give my attention to it properly. This is that post.

Once again, I was reading some posts in the “British Armed Forces Brats” group that I’m a member of on Facebook (see Saturday’s post if you don’t know what I’m talking about).

One person mentioned that, a few years back, he had been “in a very bad way with the relationship/communication issues many of us seem to experience.” Looking around for fellow brats who had had similar experiences, he found himself on the (American) Forces Brats Wikipedia page, where there is a section on mental and emotional issues linked to the typical forces upbringing. One of the conditions listed was Avoidant Personality Disorder, which he provided a link to. Here is the link: http://en.wikipedia.org/wiki/Avoidant_personality_disorder

I am not going to say that I have this disorder… obviously only a trained professional can do that. But many aspects of the condition sounded exactly like me.
Wikipedia says: 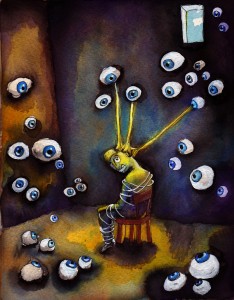 People with avoidant personality disorder often consider themselves to be socially inept or personally unappealing and avoid social interaction for fear of being ridiculed, humiliated, rejected, or disliked. Avoidant personality disorder is usually first noticed in early adulthood. Childhood emotional neglect and peer group rejection (e.g. bullying) are both associated with an increased risk for the development of AvPD.

People who have been reading for a while may recognise me in that paragraph… particularly the part on being socially inept (how many times have I mentioned my lack of social skills and inability to act like a normal human being on here? Not enough times to get the key words onto my tag cloud, but often enough, I think…).

The World Health Organization says Avoidant Personality Disorder is characterised by at least four of the following, which I would like to comment on:

The American Psychiatric Association has a similar list, but two things in particular struck a chord with me:

YES and YES! I love trying new things, but only certain new things… the kind that I’m pretty sure won’t lead to any embarrassment for me. Unless I can do them with my friends and only my friends. People I’m already sure like me are allowed to laugh at me 😉 Although even once someobody likes me, I am afraid I might do something wrong or stupid and end up alienating them…

This post probably makes me sound like a very unhappy person. Actually, at the moment, after having very few friends in Germany for a long time, I now have a group of people who I am reasonably sure actually like me (and don’t just hang around with me becasue I’m Jan’s girlfriend) and who I can spend time with without my usual fears about social situations coming up. 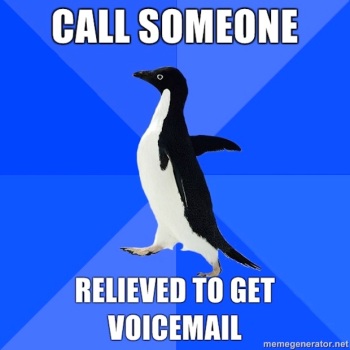 So why am I posting this if things are so good? Because, after years of believing I was just odd, knowing that there are other people out there from the same type of background who have the same kind of confused, illogical feelings as I do is a huge relief! And knowing there’s an actual disorder with characteristics that describe me perfectly (seriously… I could have written the Wikepedia article!) make me feel like I’m not just a freak. I wouldn’t go so far as to say I actually have avoidant personality disorder – I do still attend social events and usually even manage to force myself to speak to people (while praying that I don’t say the wrong thing!). But knowing that such a thing even exists at least gives me a point of reference, and a possible place to start with trying to overcome my issues. As the title of the post says, it’s something for me to think about. And I feel like I’ve made some kind of breakthrough!