Wow, I have actually reached October in my travel posts, which means I’m almost caught up with #Take12Trips, Take 2.

This year, we went to the pumpkin festival in Ludwigsburg again. A Finnish friend we have made in Basel (who from now on shall be referred to as The Finn) plus two friends from Karlsruhe also joined us.

As you may have guessed from the picture above, the theme this year was “circus”, or rather “The Pumpkin Circus is Coming to Town”. Apparently, that was mostly interpreted as clowns (if you don’t like clowns you may want to look away now…) 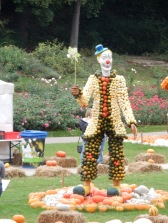 Pumpkin clown, with tightrope walker in the background 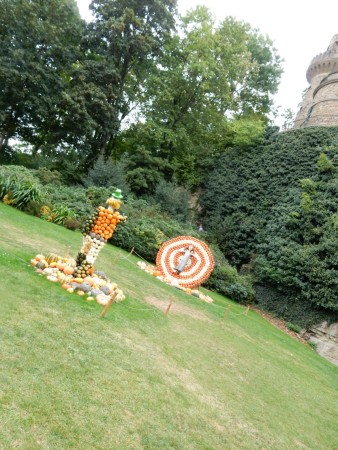 Even those who don’t mind clowns have to admit the last one is creepy. A clown throwing knives? Who came up with that?

There were a few other things as well: 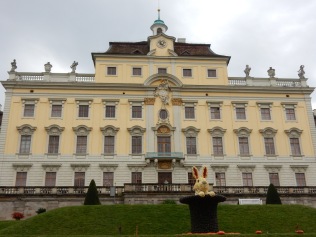 A rabbit in a hat (and Ludwigsburg castle) 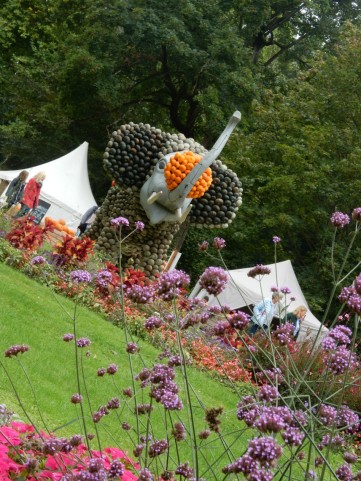 Elephant among the flowers (artistic angled shot.. or something)

Tiger jumping through a ring… presumably of fire? 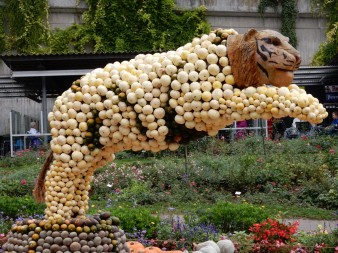 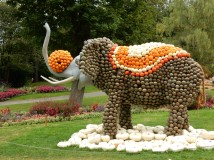 This little group is called the Hubbard Family (because they’re carved using hubbard pumpkins). Personally I like to think of them as the Dumpty family because they remind me of Humpty Dumpty ! (I know he’s usually pictured as an egg and was actually probably a cannon). They’re the work of American artist Ray Villafane and the Hubbard family was featured in Ludwigsburg for the 4th time in a row in 2016 (although I don’t remember seeing them last year). 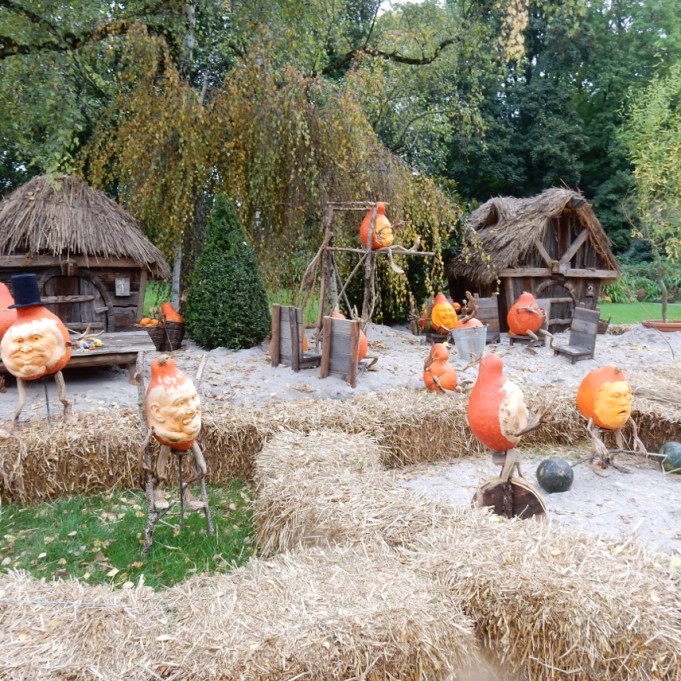 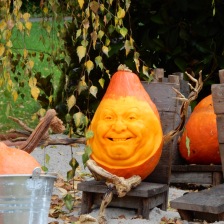 Here are some more photos from around the festival:

This year I ate pumpkin Maultaschen in pumpkin soup, orange and hokkaido ice cream and pumpkin strudel. All were delicious!

While wandering around, we spotted a bird. A survey of my Facebook friends came to the conclusion that it’s a common buzzard:

Once we’d seen everything at the actual festival, we had a wander round the fairytale garden then went looking for the aviary. There weren’t many birds around – I’m sure there were more when I went there before? It was raining on and off all day though, so maybe they were all hiding somewhere dry? 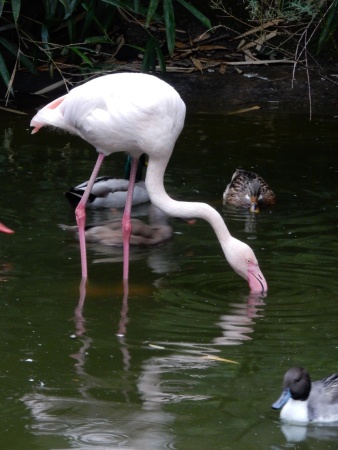 Of course, before heading home we hit the shop and bought a few pumpkin varieties that aren’t available in supermarkets plus some pumpkin seed pesto.

Despite the rain, it was a fun day out (although I thought last year’s “flight” theme had some more interesting interpretations for the sculptures!).

The festival has finished for this year since I’ve taken so long to write my post, but if you’re in the Stuttgart area definitely look out for it next September/October. This year’s festival took place from 2 September-6 November and next year’s will probably be roughly the same.