I still have some things from last year to write about, but I’m skipping ahead a bit since this exhibition is still on and some people reading this might be interested in it.

I had seen photos from this Lego exhibition on various blogs and really wanted to go to it, but so far it had never been anywhere near me, so when I discovered that it was coming to Zurich I was determined to go. It’s on until 10th January, but Jan is back at work today and on Wednesday we fly to England, so if we were going to go, it had to be yesterday. We took advantage of a RailAway offer, which gave us 10% off the train ticket and entrance fee and also included a day ticket for the Zurich tram network, and caught a train at just after 1 p.m.

The exhibition contained more than I expected considering it took up such a small space. The sculptures were amazing and I can recommend a visit if the exhibition is anywhere near you. The one thing both of us found slightly annoying was that the audio guide and most of the explanatory signs focused on the artist and how amazing it is that he was the first person ever to make art from Lego (was he really? Not sure!). Jan described it as being a little egoistic. Anyway, here are some photos of some of my favourite sculptures: 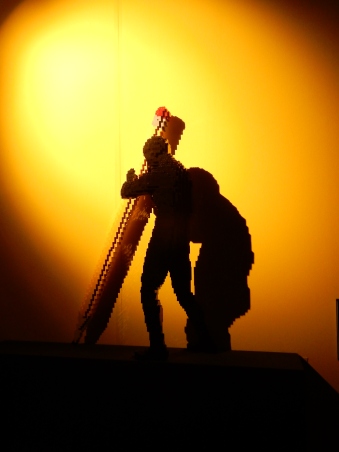 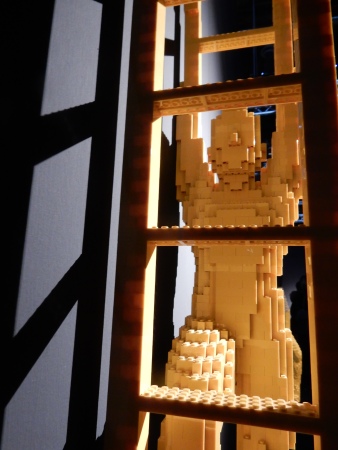 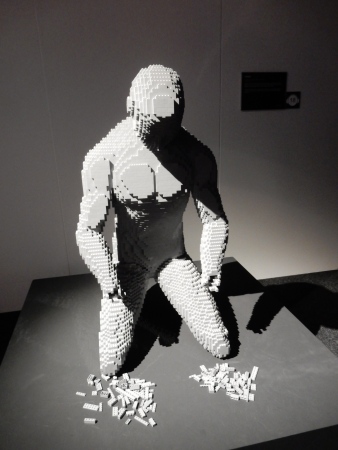 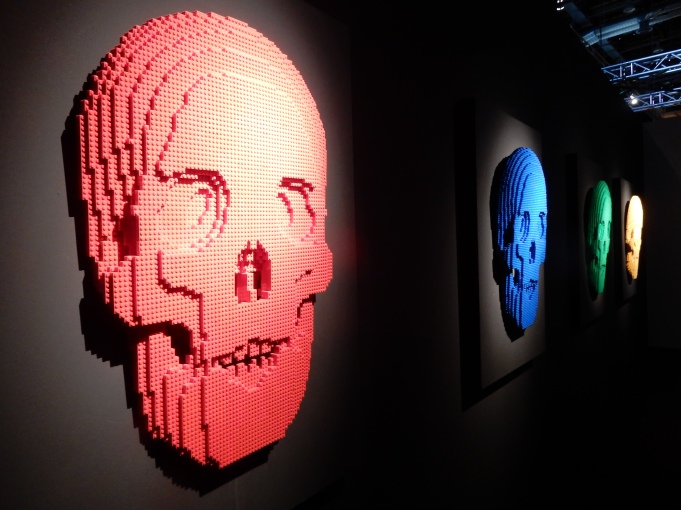 Of course, the iconic sculpture that’s used on all the posters, entitled “Yellow”, was also on display:

One section contained replicas of famous sculptures and paintings: 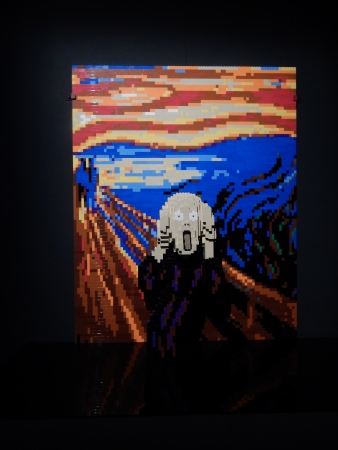 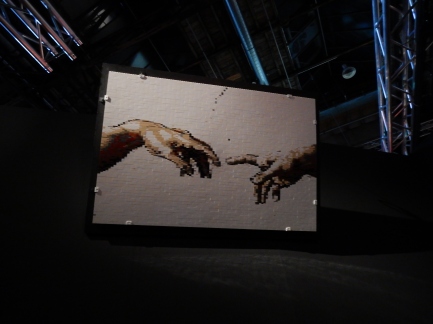 Finally, I loved this stained glass window, made from transparent coloured Lego bricks. It was hung in front of a light and the blue photo below shows the reflection it made on the floor. 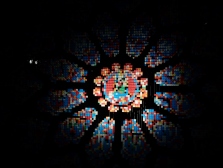 Being in Zurich, we obviously couldn’t go straight home after the exhibition but just had to stop by the Sprüngli cafe for some hot chocolate and cake. Jan rolled his eyes at me for taking the photo below, but I don’t care 😉

The Art of the Brick is being shown at Puls 5 in Zurich until 10 January 2016. Adult tickets cost CHF 24, or if you live elsewhere in Switzerland you can get a RailAway combi offer with 10% off the train fare and entrance fee plus a day ticket for the Zurich tram network. The offer is only available by phone or at the train station – it can’t be purchased online.

I’m linking this up with the first 2016 edition of Monday Escapes.

15 thoughts on “The Art of the Brick in Zurich”