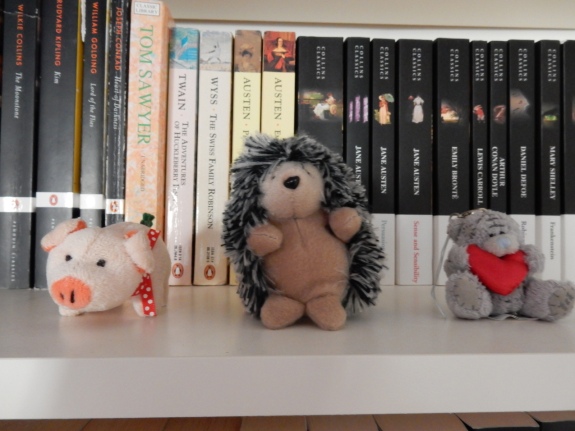 Hello everyone! So, I wasn’t even tagged for this – I just randomly found it on the Internet. I thought it looked fun though, so I just decided to do it anyway. The original came from YouTube (or Booktube as the cool people apparently call YouTube channels that talk about books). I wanted to link it, but as soon as I opened YouTube it totally froze my Internet browser so you’ll just have to look it up for yourselves. The channel is called A Dash of Ash.

Anyway, the idea of this tag seems to be to answer questions about habits that some people I suppose would consider “bad”, hence the guilty thing.
Here goes:

Have you ever re-gifted a book you’ve been given?

Only if giving them away to charity shops counts? I don’t think I’ve ever literally wrapped a book up as a gift that was originally given to me as a gift and passed it on to someone else. I maaay have carefully read a book I was planning on giving to someone before actually wrapping it though 😉

Have you ever said you’ve read a book when you haven’t?

Nope. Even in school I was a little swot and genuinely read all our assigned books 😉 I even read all of Faserland for my German culture class at university and I hated that book! Luckily it’s relatively short.

Have you ever  borrowed a book and not returned it?

Umm, I accidentally kept a book I borrowed from the school I was at before I moved to live with my dad. I had already moved when I realised I still had it. I also still have a Linwood Barclay book on my shelf that technically belongs to my mother. Ahem.

Have you ever read a series out of order?

I do this all the time with crime/thriller series! With those kinds of books it’s usually the current case that’s important anyway so you can get away with it. Only occasionally are the gaps in the detective’s back story an issue. Oh, and going back to my childhood I definitely read The Babysitter’s Club out of order! I only actually owned a few and for the rest had to rely on whichever ones the local library happened to have, but it was okay because they always explain everything at the start of the book ;-). The same thing happened with the Chalet School books actually – the first one I read originally belonged to one of my aunts and it definitely wasn’t the first one. But again it wasn’t sooo important. On odd occasions a Chalet School book continued a story from the previous book, but mostly they were fairly self-contained. I still haven’t read all the books in the series because they’re mostly out of print and I’ve never managed to find the missing ones in second hand shops. 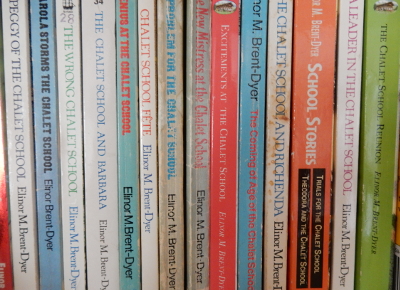 Have you ever spoiled a book for someone?

I don’t think so? I might have told Jan how a book ends, but it’s not really spoiling when he’s never going to read that book anyway! I would never do it for one he might actually be interested in.

Have you ever dog-eared a book?

I did when I was younger – a lot of my childhood books have folded over corners. Apparently bookmarks were not a thing in my world? I would never treat a book that badly now though! However, I do use random things to mark my page… receipts, envelopes, other books. You wouldn’t think I actually own about 30 bookmarks!

Have you ever told someone you don’t own a book when you do?

No. Not on purpose anyway. I suppose it’s possible that I haven’t remembered I own a book when somebody asked. Not that many people ask about books I own.

Interestingly the answers to this seem to be divided into people thinking you would deny owning a book because you’re ashamed of it and those who say they’ve denied having a book to get out of lending it to someone.

Have you ever told someone you haven’t read a book when you have?

No. If I’ve read a book I have no problem admitting to it – even if that book were 50 Shades of Grey (which I genuinely have not read by the way. And I have no interest in it either).

Have you ever skipped a chapter or a section of a book?

Have you ever bad mouthed a book you actually liked?

No. Why would I do that? If I like a book I don’t care who knows that I liked it… even if nobody else on the planet seems to enjoy it. Conversely, I ave no problem telling people I don’t like popular books (I’m looking at you Wuthering Heights and The Catcher in the Rye!). What’s the point in pretending?

Since I wasn’t actually tagged for this I’m not sure whether it’s fair for me to tag other people, but if you feel like doing it please let me know so I can come and have a nose at your answers. Or if you’ve already done it post a link in the comments. Alternatively, you can just answer one or two questions in the comments if you prefer.